Home Opinion The View From Here – Despite the buzz, legal weed isn’t likely to result in any radical change in consumption 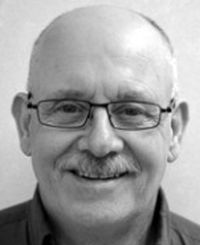 Many Canadians can breathe a sigh of relief and inhale again with even greater liberation now that the senate has passed Bill C-45 legalizing marijuana.

On June 19, senators voted 52 to 29 with two abstentions, to pass the federal government’s Bill C-45, legalizing recreational marijuana, which will be fully legal on October 17.

Senator Tony Dean who sponsored the bill in the senate, called the June 19 vote ending ninety years of prohibition, historic. He also said that it was “transformative social policy” and a courageous step to take by the government.

“Now we can start to tackle some of the harms of cannabis,” he said. “We can start to be proactive in public education. We’ll see the end of criminalization and we can start addressing Canada’s $7-billion illegal market. These are good things for Canada.”

The approximately 14-week lead time before C-45 is passed into law is to allow provinces to establish guidelines and protocols to accommodate the legal commercial sale of marijuana.

The government had hoped the bill would pass early enough to allow the retail sale of marijuana by July 1.

However, the Senate proposed 46 amendments to the Cannabis Act, 13 of which the Liberal government opposed, including a revision that would give the provinces the discretion to prohibit home-grown marijuana.

The Federal Government and the Senate were almost at an impasse especially as the government adamantly opposed the proviso allowing provinces to ban growing weed at home.

On this issue the government ultimately prevailed.

There are many valid reasons to proceed with caution regarding the legalization of marijuana.

However, many of the problems cited by those who oppose the reform already exist with the illegal sale of marijuana and some of those problems will be mitigated or completely resolved with legalization.

If marijuana was ever a gateway substance to heavier drugs it is not because of the substance itself but because in order to buy marijuana young people had to visit environments where hard drugs were also available.

These criminal environments that offered temptation and coercion could often be the source of more harm than the marijuana itself.

Now that an 18-year old can purchased weed in the clear light of day that makes the world a safer place. Those who are underage will have greater difficulty getting their hands on weed if illegal markets become scarce or disappear. Legalization and control also ensure that marijuana has no noxious additives.

To support the legalization of marijuana is not equivalent to encouraging its use. Although weed may be relatively benign compared to alcohol and hard drugs it is still a drug and the government needs to remain focused on public education, and without fear mongering make people aware of the possible dangers of using such a drug. It should also outline some of the more subtle side-effects such as diminished academic and intellectual performance and its influence on social and personal relationships.

Nevertheless, the world will not tilt on its axis on October 17. If legalization changes peoples’ habits it is likely to be older people because young people have already been smoking this stuff for a very long time.