The Club Etoile in Girouxville turned 45 years old in 2017.

To commemorate the milestone, the organization held an open house in the afternoon of Feb. 3. Forty-three people attended the event, pleasing President Cecile Brulotte.

She highlighted some of the history of the Club Alouette, noting that an organizational meeting was held in the church basement on Aug. 29, 1972.

The name, Club Etoile, was chosen by the members.

Then in 1976, the Club Etoile purchased the former Red & White Store, which was originally owned by Theodore Remillard.

The building was totally renovated and the day care society used the back of the building, while a small office on the south side was rented to a barber.

The official opening was held on Aug. 28, 1976, with the Honourable Marvin Moore cutting the ribbon.

However, a fire destroyed the building on December 11, 1979

Nonetheless, President Philippe Lavoie and a committee decided to rebuild it, which is the current building.

The official opening for the new building was held on May 22, 1981 and Brulotte is looking forward to celebrate the Club Etoile’s 50th anniversary in 2022.

Currently, the Club Etoile has 156 members.

In the photo below, the band Classic Rewind performed as part of the open house. They sang ‘Wasn’t that a Party?’, ‘Satin Sheets’, and ‘Blue Eyes Crying in the Rain’ among many others. 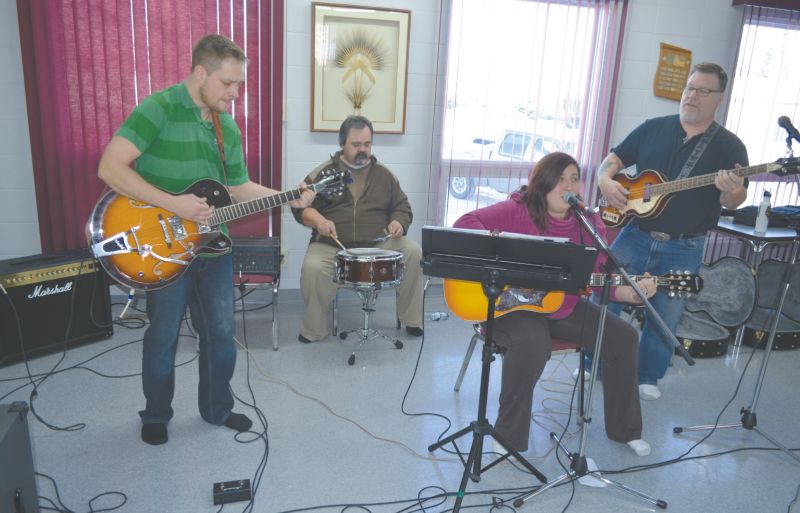