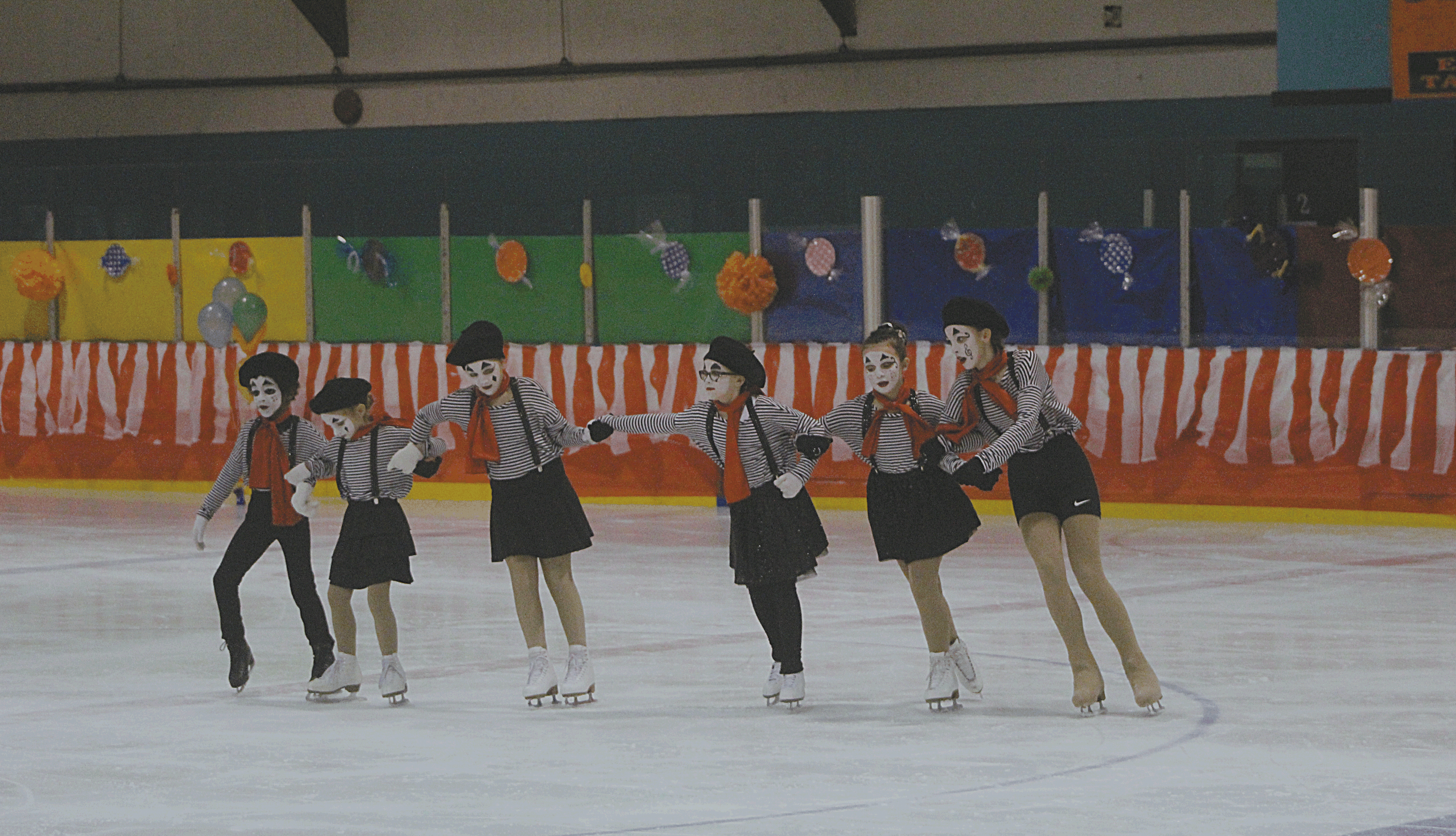 The Twilight Figure Skating Club, Carnival 2016 was held at W. H. Fish Arena on Sunday March 15. The Carnival normally takes place in Donnelly Arena but due to ice plant problems, the event moved to the McLennan venue.
“Things at the W.H. Fish Arena in McLennan went really well, the people there were so accommodating,” says Twilight president Cindy Chapados.
Approximately 350 people attended the by donation fundraiser, that also raised funds through a 50/50 draw, raffle tickets, and the sale of popcorn and cotton candy.
“It was a very successful fundraising event, we raised a lot of money for the club,” says Chapados.
Established for close to 40 years, Twilight has held its annual Carnival for over 25 years and after a brief hiatus, the event resumed last year and has evidently regained its full momentum.
The 2016 Skating Carnival entitled ‘Circus on Ice’ presented skaters in colourful costumes with a circus motif such as clowns, fire breathers, hula-hoops and mime, with guest skater and Twilight alumnus Katelyn Lambert who skated with virtuosity and grace to a Spanish instrumental music.
Lambertscurrent club is High Prairie FSC.
Twilight Figure Skating has approximately 30 children enrolled and almost all participated in the March 13 event.
The typical age for enrollment is 3 years old and up but older children do not need any prior skating experience.
“We are always open to new members,” says Chapados. “The more the better.”
Under the auspices of Skate Canada, Twilight is not an informal, recreational organization but a focused, disciplined figure skating club that coaches its members in the skills necessary to advance as competitive figure skaters. Although Skate Canada no longer issues awards to clubs from BMO, staying with tradition long-time presenter Claude Girard was once again on hand to make the presentations.
Awards recipients are Canskater of the year: Zachary Lasante, Rising star Stepping: Anya Smit, Rising Star Statskate: Chloe Cloutier and StarSkater of the year: Makenna Maisonneuve.
All skaters and coaches involved took to the ice for a grand finale.
The finale was a vivid illustration of the enormous effort and organisation necessary to putting on such a colourful well-coordinated event with a large cast of characters in elaborate costumes.
The performances of all the skaters who performed certainly justified the considerable effort, as did the obvious appreciation of those who attended.