With money from several sources, the Centre Chevaliers in Falher has been able to purchase 716 new chairs at a cost of $50,000.

The new chairs arrived on May 17 and have already been put to use. Building manager Esther Picard is pleased with the new chairs.

“They were really needed,” says Picard. “They others were cracked and old. These new chairs are much nicer.”

Funding came from several sources, including an $1,800 donation by Georges P. Vanier in 2014. On April 19, NDP MLA Marg McCuaig-Boyd presented a cheque for $24,903 to Picard and the money was provided under the Alberta Government’s Community Facilities Enhancement Program.

“The hall is an important part of the community. We were very excited to hear the news,” McCuaig-Boyd said in a news release.

The new chairs allow the Centre Chevaliers to continue its role as an emergency shelter, too. 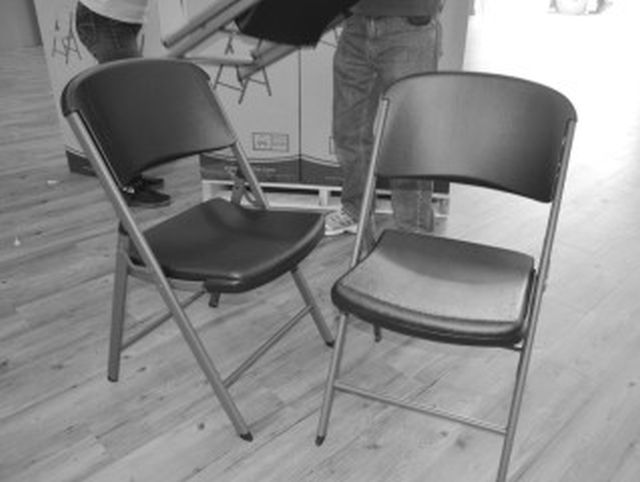