Home Events, News Canada Day 150 in Girouxville was fun for all who attended 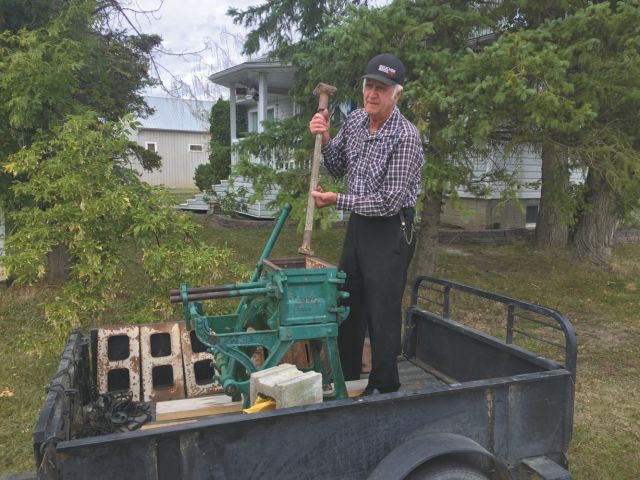 Gerard Dubois, pictured above, demonstrates how they made bricks with just this little piece of equipment.
In 1938 Elzéar Dubois moved his family to Girouxville, so his children could attend school there.
That is when Elzéar started working for far off missions as a brick layer and carpenter.
In 1939, the family moved back to Jean-Coté so the children could attend the Landry and Bruneau Schools.
Elzéar started getting busy in the region building houses and making brick chimneys.
In 1946 Elzéar Dubois started a concrete block manufacturing business and then built concrete block buildings in many areas. 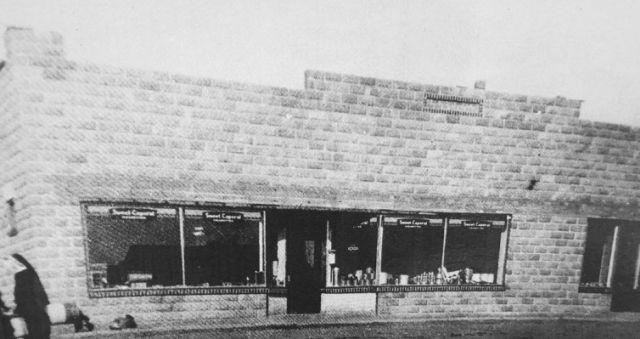 Rémillards Red and White Store, above, in 1941.
After the fire which destroyed Salva Giroux’s store, Théodore Rémillard bought the lot on Main Street where the Club Etoile now stands.
The new store was erected in 1946. Mr. Elzéar Dubois was the contractor who constructed it of cement blocks fabricated by Mr. Vincelette.
This Brick house, below, was built by Elzéar Dubois (bricklayer and Carpenter in 1942/1943 for Raoul Savard and his wife Alice Simard on SW 2-80-22-W5. 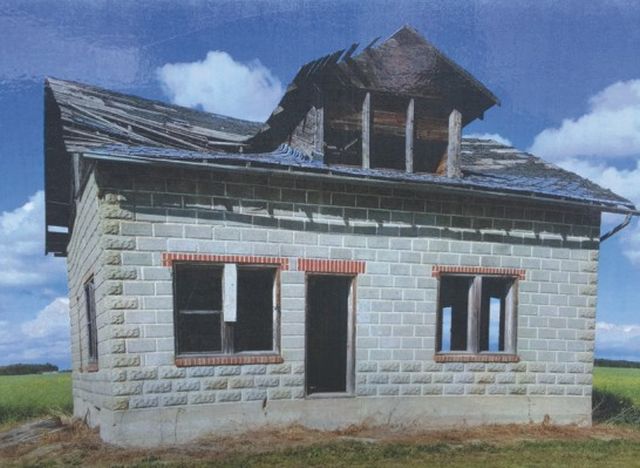 It is still standing today and can be seen on the way to Jean-Coté.
Stop and take a look at the work that went into making this home.