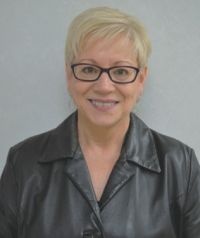 Donna Buchinski is surprised and pleased to hear that the Alberta Urban Municipalities Association has announced that she will receive their Distinguished Service Award.

“It’s an honour to receive the award,” says Buchinski.

“Being recognized by AUMA is recognition by your peers.”

This award is presented to elected officials who have served 20 years or more on an urban municipal council.

“Congratulations! I am pleased to advise you that you have been chosen to receive the prestigous Distinguished Service Award,” said AUMA President Lisa Holmes in a letter to the Town of Falher, dated Sept. 22.

Buchinski will receive the award at the AUMA Convention in Calgary on Nov. 22.

Buchinski was elected to the Falher council in July 1997, during a byelection.

Look for an update about her award later in the Express.

Also, check this week’s edition of the Express for the 2017 election coverage.