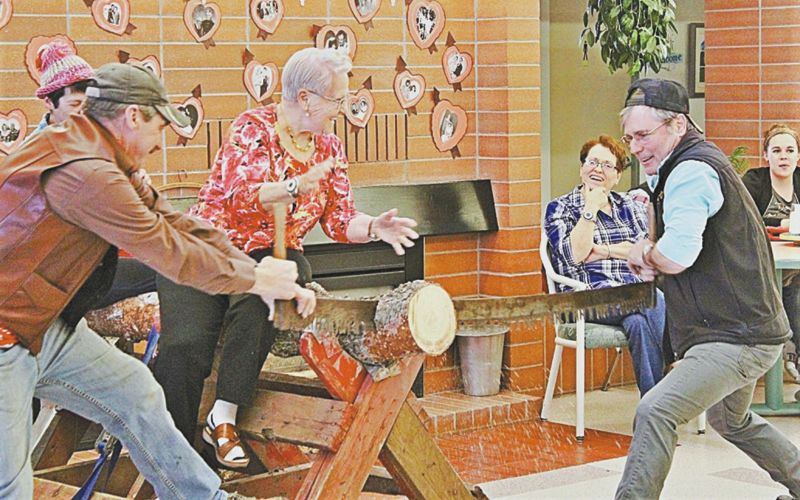 There are few things as quintessentially Canadian as the sugar shack and the processes and celebrations associated with it, in the same way as maple syrup is synonymous with Canada.

However, following the arrival of settlers to “New France,” the harvesting and cultivation of maple syrup became a French Canadian mainstay and a celebrated tradition.

In Quebec, New Brunswick and Ontario, the harvesting of maple sap or sugaring-off season is a harbinger of spring, usually happening in late March or early April.

Sugaring-off season, which involves the boiling of maple sap for the production of maple sugar, is traditionally a social event and is a particularly important and busy time in Quebec, as almost three-quarters of authentic North American maple syrup is produce in that province.

Like many harvest festivals in many parts of the world, sugaring-off season is a time when people get together to enjoy tradition dishes, play particular games and engage in fun competitions usually measuring their prowess in customary practical chores such as sawing logs, driving nails, hanging laundry and so on.

Obviously, there is no maple syrup harvested here in northern Alberta but the people from Quebec who settled this region brought the sugar shack traditions with them and incorporated the games and French Canadian traditions into the annual cycle of life here.

The most prominent, of course, being the St. Isidore Carnaval in mid-February.

Villa residents, their families and friends got together to mark the occasion, to enjoy a traditional French Canadian lunch of beans and wieners with tourtiere and sugar pie and to compete in games such as sawing logs, driving nails and hanging laundry.

The children who attended the February 8 event were as enthusiastic to compete in the games as the adults were.

Following the games, maple toffee, fried bread dough with caramel sauce and maple butter were served, to everyone who attended the event, giving them the authentic taste, typical of the sugar shacks back in Quebec.

There was a large turnout for the sugar shack event though Heart River Housing residents from Valleyview and High Prairie, who normally come to the Villa for the occassion were unable to attend this year due to conflicting schedules. 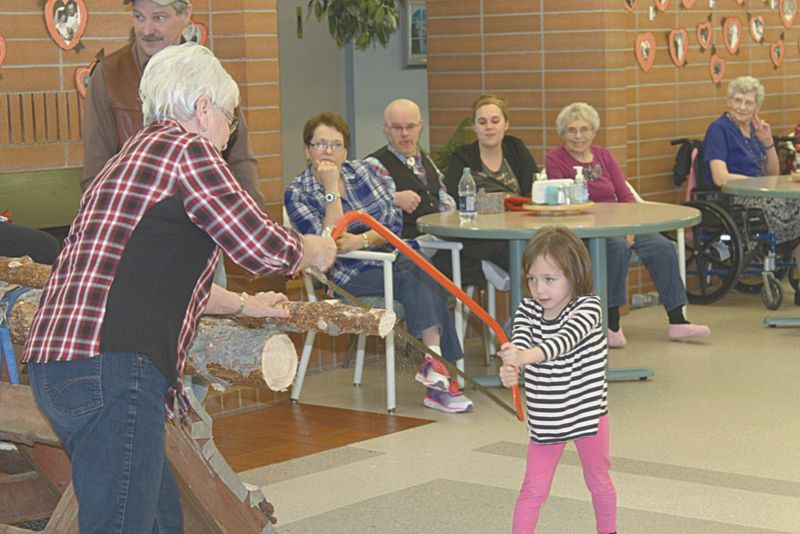 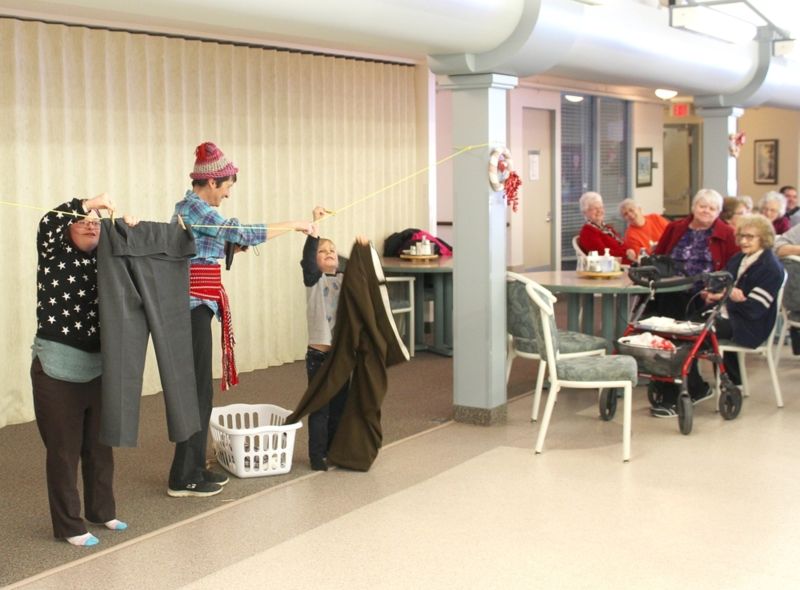 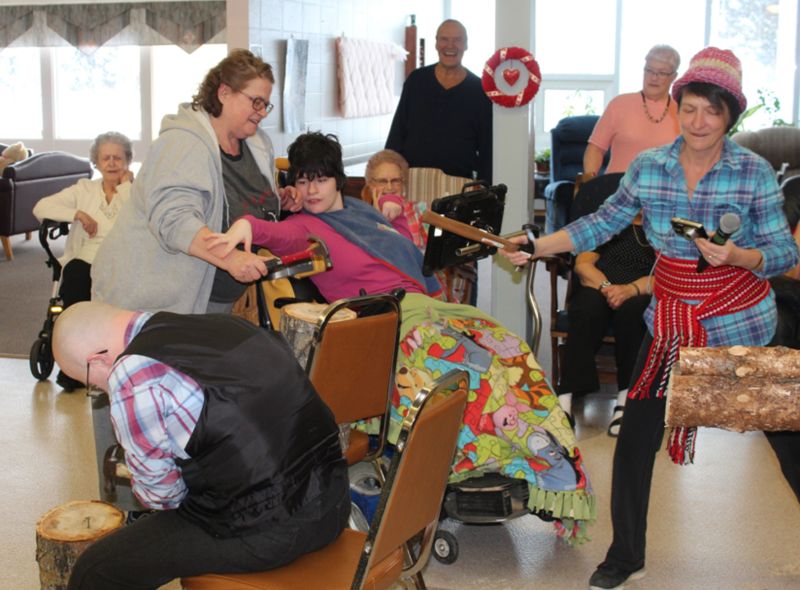 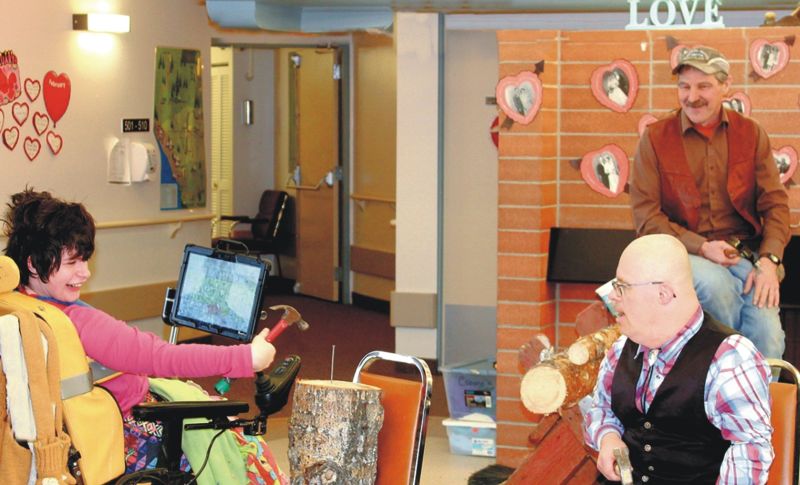 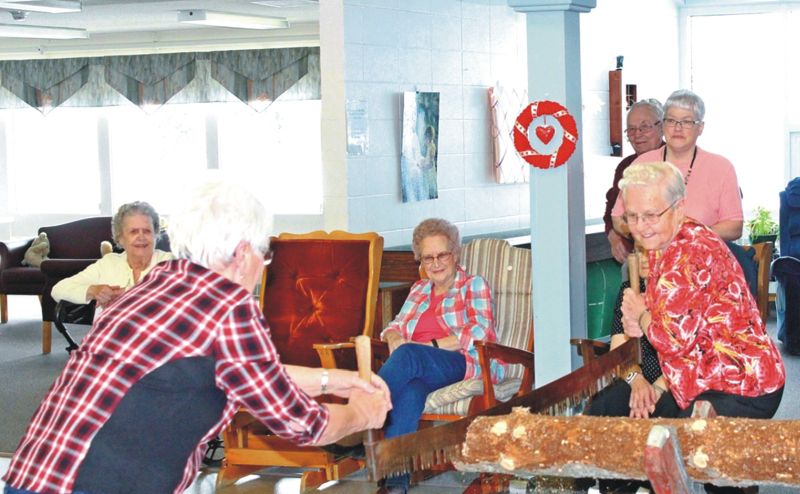 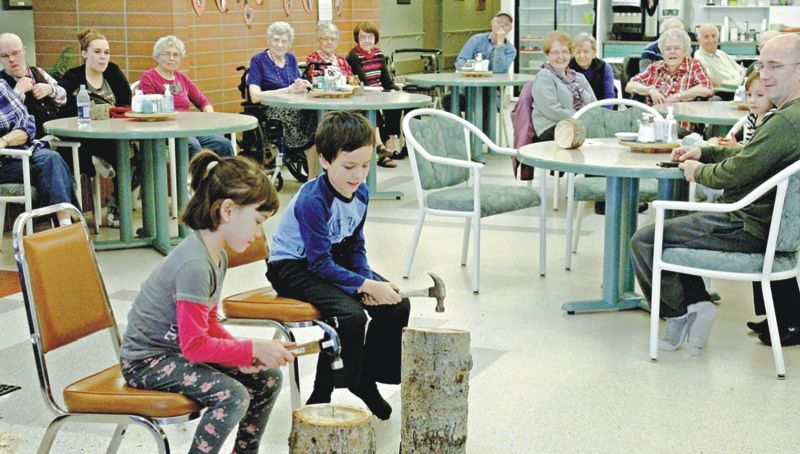 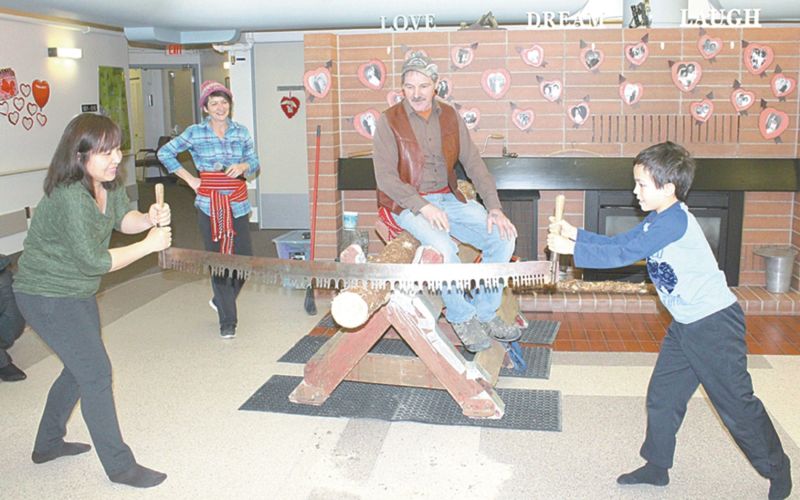 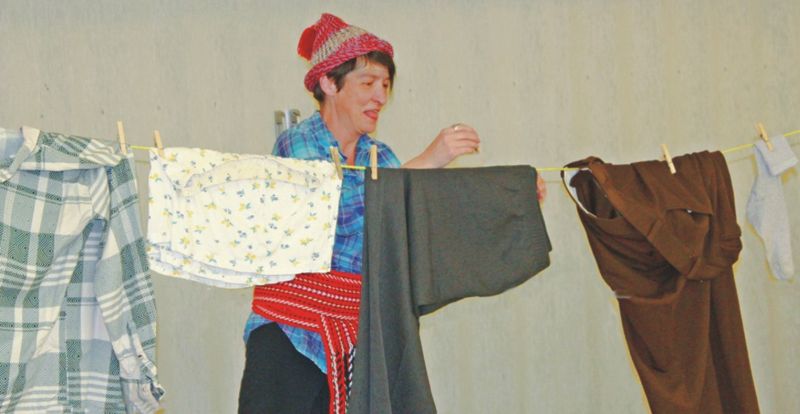 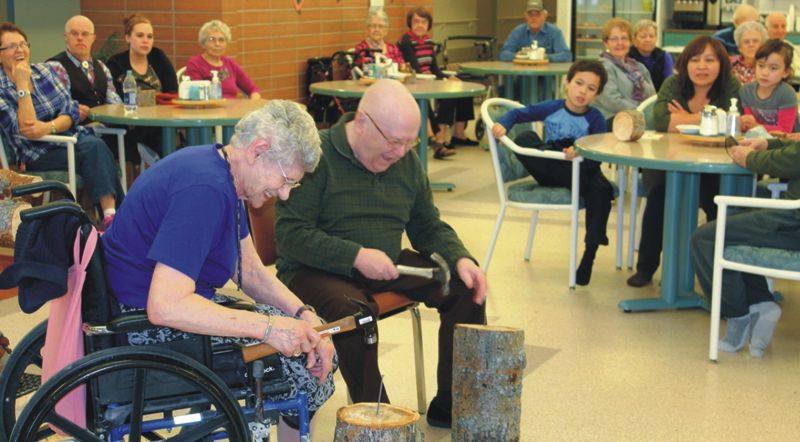