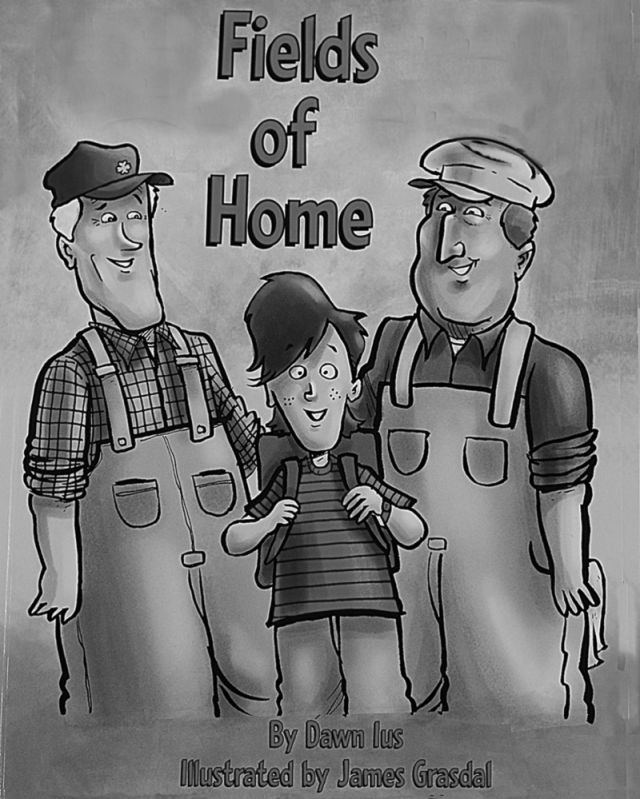 As the vast, yellow fields on the prairie in summer signify, canola is a major Canadian agricultural product, especially here in the west.

It is also a modified crop, developed here in Canada from rapeseed originally brought in from Poland.

Agricultural scientists Baldur R. Stefansson and Keith Downey first bred canola from rapeseed at the University of Manitoba in the 1970s.

Considering its current place as a mainstay commodity in the Canadian and Albertan agricultural industry, it would seem proper that people were educated on its history.

To that end, former Market Development, Promotion and Education Coordinator with Alberta Canola, Simone Demers-Collins developed the concept of a graphic novel aimed primarily at Grade 4 to Grade 6 students that would introduce the history of canola to the upper-elementary curriculum.

Demers-Collins commissioned Dawn Ius and James Grasdal to create “Fields of Home,” with Ius writing the story and Grasdal creating the illustrations.

In 2012, with the grant assistance from Alberta Crop Industry Development Fund, (ACIDF) the idea of a series became a reality.

Tanya Pidsadowski, who took over from Demers-Collins’ when she retired, sent a complete set of the Chase Superman Duffy series along with the nine available French translations to SARDA’s Extention Coordinator, Shelleen Gerbig.

The understanding between Pidsadowski and Gerbig is that the books be donated to the Falher Public Library so the series will be accessible to library patrons and Gerbig is now in the process of presenting the gift to the library.