Home News Who was St. Patrick? 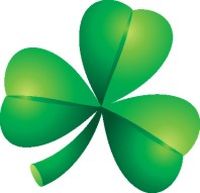 Perhaps because the day celebrating him is so widely associated with revelry, St. Patrick is arguably among the world’s most popular saints. But as much as people may look forward to St. Patrick’s Day, few celebrants may know the story of St. Patrick.

Though St. Patrick is widely associated with Ireland, he was born in Britain in the fourth century. In fact, Patrick’s first encounter with Ireland was not the result of his desire to visit the Emerald Isle. At age 16, Patrick was actually captured by Irish raiders and brought to Ireland as a slave, ultimately spending more than half a decade as a herdsman.

Captivity may cause some to question or outright deny their faith, but Patrick’s faith strengthened during his time in slavery. Patrick was inspired to escape slavery by a dream in which he was told by God to head for the coast, where a ship took him back to his native land after he successfully persuaded the ship’s captain to allow him aboard.

Upon returning to Britain, Patrick, along with others from the ship, would struggle his way through the wilderness before ultimately reuniting with his family.

Now a young but nonetheless grown man, Patrick, the son of a Christian deacon, continued to study Christianity.

Patrick’s studies led him to pursue the priesthood, and he was eventually ordained a priest by the Bishop of Auxerre. Patrick would later be ordained a bishop, and was ultimately sent back to Ireland as a Christian missionary.

The details of Patrick’s return to Ireland are hard to confirm, but it’s likely he landed in County Wicklow on the eastern coast of Ireland before heading north to spread the Gospel.

In his autobiographical text “Confessio,” which is widely accepted as having been written by Patrick, he is largely vague about his work as a missionary. But he is believed to have converted thousands of native Irish to Christianity, all the while building churches and ordaining priests and bishops.

Throughout the decades he spent traveling around the country as a Christian missionary, Patrick lived in poverty, enduring many hardships. The dates of his life are difficult to confirm, but St. Patrick’s Day is celebrated each year on March 17th because that is the day he is believed to have died in 461.