Home News Who is worried about what weeds in June? 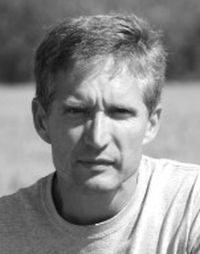 The Peace Region Fieldmen’s Association recently held an Inspector school to train the Weed & Pest Inspectors appointed throughout the Peace Region. Attendees were present from all 13 Peace Region Rural municipalities as well as Urban ones including Grande Prairie and High Prairie. Northern Sunrise County Fieldman Sebastien Dutrisac and I co-presented on the “scintillating” topic of the Weed Control and Agricultural Pests Acts. Of course, legislation can be a rather dry topic, so Sebastien and I tried to spice it up involving the attendees in discussions including one on the invasive plants of most concern to the area, and that discussion if nothing else led to this article.

The Weed Control Act of Alberta (WCA) is considered to be enabling legislation, the Act is the responsibility of the Ministry of Agriculture and Forestry, but the expectation is that the local municipality will look after things within their boundaries.

The Act makes it a requirement for all Alberta municipalities to appoint inspectors (including towns, villages, cities, summer villages and of course, Counties and M.D.’s).

The Act also allows a municipality to designate, by bylaw, plants which they deem of particular importance for control. The Minister of Agriculture has to approve the bylaw to ensure the designation is appropriate and enforceable. The WCA already designates 46 plants as Prohibited noxious weeds and a further 29 plants as Noxious.

What’s the difference? A Prohibited noxious (PN) weed is usually not present in the province, or present at low enough levels and of a significant enough concern that eradication is both possible and desired. Most have been shown to have extremely detrimental properties in other jurisdictions like B.C., Montana or even further afield.

The majority of the weeds listed in the PN category for Alberta are not crop concerns, they are invasive plants which would have a devastating impact on the environment if they were allowed to establish.

Many PN weeds would choke out water ways, allow erosion of creek banks or replace native vegetation. Himalayan balsam and Purple loosestrife are two examples of PN weeds which have been found in the Peace Region.

Under the WCA, an inspector shall issue a notice if he or she finds prohibited noxious weeds that have not been destroyed. In Northern Sunrise County and Saddle Hills County Scentless chamomile has been designated as Prohibited noxious which means that if an inspector finds chamomile and steps to destroy the plant are not being taken, they are legally obligated to issue a notice.

In the Peace Region Scentless Chamomile is considered public enemy No. 1 by most municipalities. In Smoky River for instance even though we have not designated it as PN, we treat it very similarly, doing our best to ensure no chamomile is allowed to set seed, requiring the picking and destruction of any chamomile in bloom.

Noxious weeds under the Act include commonly known plants like the aforementioned Scentless chamomile as well as Toadflax, Tansy, Ox-eye daisy, White cockle, Tall buttercup and Canada and Perennial Sow thistle, which would be the main weeds of concern in the Peace Region.

These plants are usually too wide-spread to consider eradication as being possible, but controlling them to protect our environment and our ability to grow crops is important. The landowner or occupant already have a legal obligation to destroy PN weeds and to control N, and the WCA states that an Inspector shall issue a notice if PN weeds are not being destroyed and may issue a notice to require a landowner or occupant to control Noxious weeds.

It is this important difference, the word “may” which allows municipalities to prioritize their resources against specific weed species.

Although an inspector may not stop to deal with every thistle plant he or she sees, in many municipalities one Scentless Chamomile is too many and it requires immediate attention.

Municipalities can designate plants into the noxious category, in M.D. Smoky River as examples, Bull thistle, Stork’s bill and Cypress spurge have all been designated as Noxious weeds in addition to the 29 already listed under the Act, because they are of concern and not present in high enough numbers that controlling them is not possible.

The Towns of Falher and McLennan as well as the Villages of Donnelly and Girouxville all appoint M.D. of Smoky River staff as their weed and pest inspectors, and also appoint the M.D. of Smoky River’s appeal committee as their appeal committee. This ensures the priorities in all five municipalities are the same and cuts down on staff and training costs for the towns and villages.

Because the M.D. surrounds all four of the urban municipalities if the weeds got away they would spread to farmland and to our natural areas, so it is important to us to assist with these PN and N weeds to ensure they are controlled.