Valleyview, Alberta – Valleyview RCMP are seeking the public’s assistance in locating 37 year old Michel Bernard Blanchett. Michel has not been heard from since the early morning hours of December 17, 2017 and may be travelling to Peace River.

Michel is described as:

There is a general concern for his well-being and RCMP would like to speak to anyone who have seen Michel or that vehicle.

If you have any information about Michel’s whereabouts please call the Valleyview RCMP at 780-524-3345, or if you want to remain anonymous, you can contact Crime Stoppers by phone at 1-800-222-8477 (TIPS), or by internet at www.tipsubmit.com. You do not have to reveal your identity to Crime Stoppers. 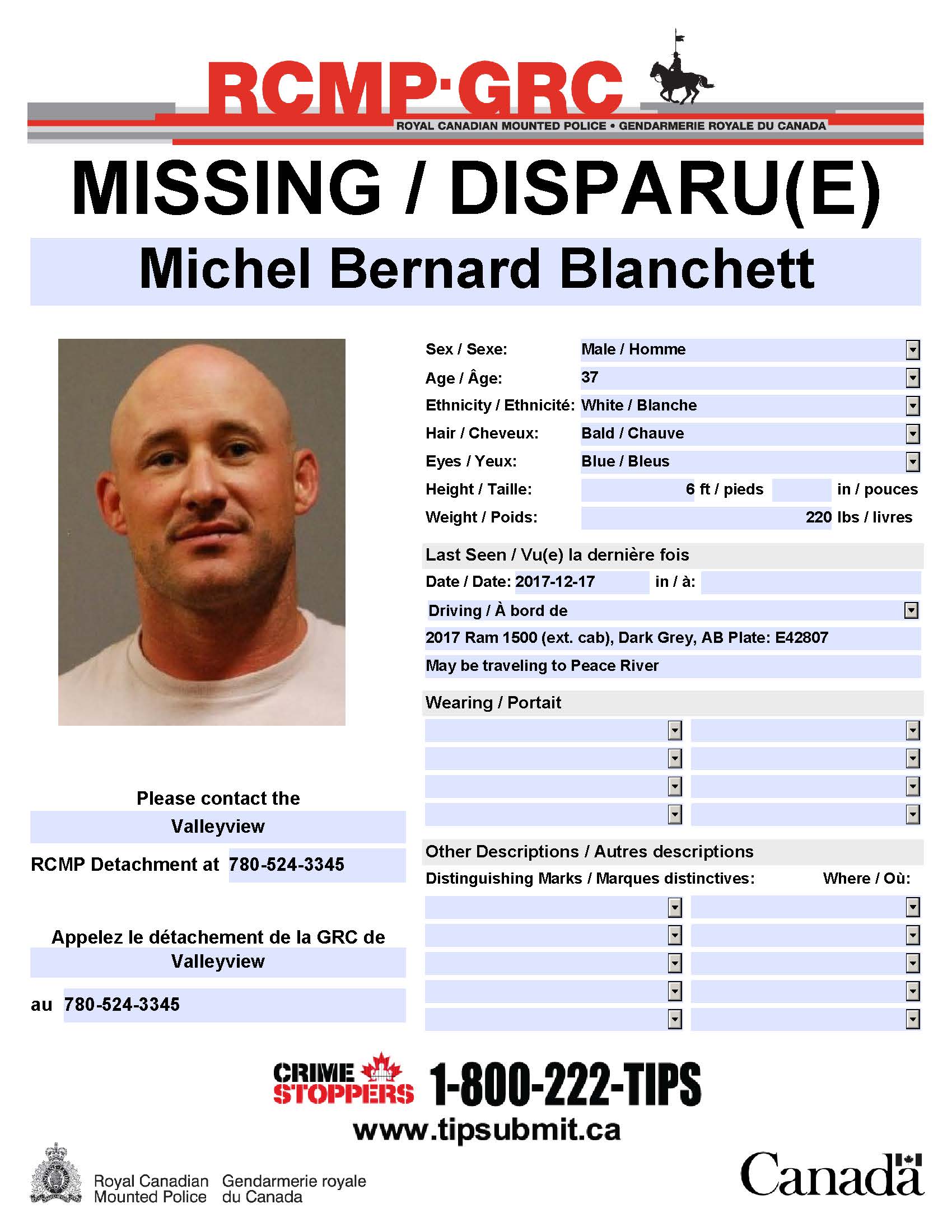