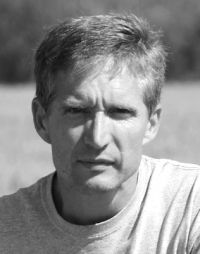 In late May of this year, an incident which could have been oh so much worse, happened at the Jean Cote Water Truck fill.
Who this happened to is not important, and the fact that it happened at Jean Cote Truck fill is just a detail, it could have happened to anyone, and at any truck fill station, in the field or in a person’s yard. The M.D. was contacted by an area producer on a Sunday night to report that he had inadvertently allowed a herbicide to spill at the Jean Cote Truck fill.
This producer as a rule does not go to the truck fill with pesticides on his water truck, but as it so often happens in the rush of trying to get things done, the producer forgot to tell his hired hand to unload the pesticides prior to going to the Water Truck fill.
A tote of Roundup was on the truck, a fitting was loose and a spill at the truck fill occurred. To the landowner’s great credit, he did not employ a “no one saw me so I’ll shoot, shovel and shut up” attitude, he called the appropriate people and took responsibility for his actions.
According to Alberta Environment Regulations, any pesticide spill in excess of five litres (of concentrate) or which could create an adverse effect must be reported to the Spill Hotline at 1-800-222-6514.
This spill met both criteria, so I reported it. Alberta Environment personnel were in contact with me over the next couple days as we developed the clean up strategy and put it into effect. The cleanup agreed to involved marking out the potentially affected area, excavating down to clay, hauling the contaminated gravel to an agreed to area, laying down activated carbon (which will neutralize any remaining pesticide) and refilling the excavated area with gravel.
The contaminated gravel was laid out at the Jean Cote landfill to allow breakdown of the pesticide by photo degradation (sunlight).
The Alberta Environmental Protection and Enhancement Act (AEPEA) has regulations in place to deal with many types of products and potential pollutants. Pesticides are primarily dealt with under the Pesticide Sales, Handling, Use and Application Regulation, Section 5 of the Regulation requires that “transport of pesticides must be done in a manner or at a time or place that does not cause an adverse effect.”
When a person is transporting more product than what could be used in a day, Secondary containment becomes a requirement. After one day, the pesticides on-board are considered to be stored and all the mobile storage requirements must be met including secondary containment.
Secondary containment applies to containers between 10 litres and 110 litres in size. The big 400-litre plus totes do not require secondary containment unless there is “any indication that spillage or leakage is evident in/on the mobile storage facility from bulk containers.”
Secondary containment is generally calculated for 10 per cent of the total being stored, plus the volume of the largest container.
So if a person had four of the 108 litres barrels on, the secondary containment would have to equal 10 per cent of 432 litres (43.2) plus 108 litres (the biggest container) so 151.2 litres.
Those rules are in place regardless of whether a person is filling at water stations.
To protect water bodies and watering stations – it is without question a best practice to NOT have pesticides or other hazardous products on the water truck, trailer, in the chem handler, period.
If you’d like to know more about the rules, Alberta Environment has a “Mobile Pesticide Storage Facility Guidelines” factsheet, easily found by searching the internet.
I started this article about a herbicide spill, then moved to pesticides. Many people have the idea that pesticide equals insecticide. It doesn’t, Pesticide is the general term for any chemical product used to kill, deter or control a pest. All herbicides are pesticides, as are all fungicides, insecticides, rodenticides, ovacides…
As always, feel free to contact me with any questions at (780) 837-0043 or by email at asb@mdsmokyriver.com.