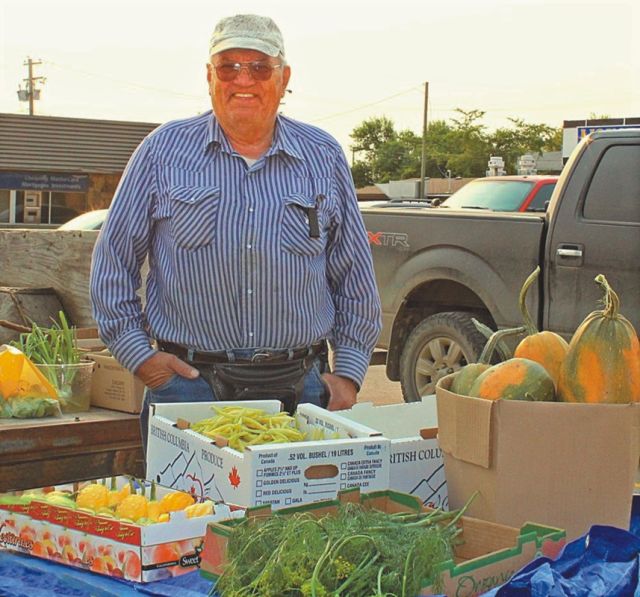 At this time of year, a number of enterprising gardeners from the region, including Eaglesham, Watino, and Donnelly, set up vegetable stalls at the Falher IGA parking lot once or twice a week.

Rodrigue Ouellet, comes in from Tangent on Wednesday and Friday to sell his own produce and some additional fresh vegetables he buys from other gardeners in the area.

Ouellet has been operating his stand for two years but he says he has been gardening a lot longer than that.

Part of the reason he decided to sell the produce is, although he has a root cellar, he grows more than he can use for personal consumption. So, rather than let the vegetables go to waste Ouellet brings the fresh produce to town to sell to customers .

He says that people sometimes ask him to bring in specific items but if those customers doesn’t show up early he has to let those items go otherwise he might get stuck with them and have to bring them home.

“It is first come first served. You can’t fool around with that. Even if you wait a few days it begins to shrink and people don’t want it,” says Ouellet, so he makes a deal with the first customer that comes along.

While Ouellet’s describes his stand as a small operation he does offer a pretty extensive variety of produce. On Wednesday August 30 he had squash, spaghetti squash, carrots, beets, cucumbers, onions, potatoes and beans. He also offered some small “ornamental” squash used primarily as table decorations.