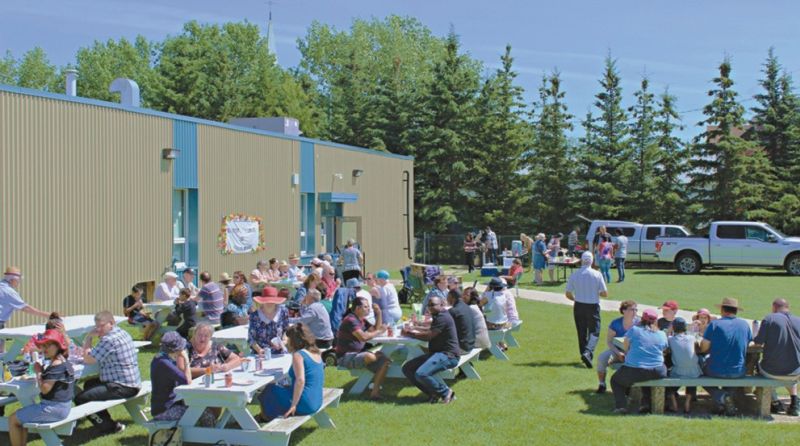 The Cathedral of Saint John the Baptist is the mother church of the Archdiocese of Grouard–McLennan and Archbishop Reverend Gerard Pettipas also serves as pastor of the Cathedral.

The Catholic Archdiocese of Grouard-McLennan covers an area of approximately 225,000 sq. km. It stretches from Valleyview in the south to High Level and Fort Vermilion in the north and from Slave Lake in the east to the Alberta-BC border, covering what is the western half of Treaty Eight land.

Created by Pope Paul VI as a centennial gift to Canada in 1967, the Archdiocese was, prior to that time, the Apostolic Vicariate of Grouard, established in 1927.

The Archdioceses of Grouard-McLennan continues to be a missionary diocese that relies on Catholic Missions in Canada, and donors to maintain its churches, missions and priests.

The present Cathedral of St. John the Baptist Parish has been in McLennan since 1947 while the Chancery building and the Office of the Archbishop relocated from McLennan to Grande Prairie in the summer of 2014.

Vicar-General for the Archdiocese, Monsignor Charles Lavoie, assisted in the celebration of Mass at St. John the Baptist and gave a sermon on its 90th Anniversary, remarking that little did he think during the 50th anniversary celebrations when he was sixteen that he would be on the altar celebrating its 90th anniversary.

Following Mass, parishioners, members of the community, Fr. Eucharius and the Monsignor attended a celebratory barbeque lunch on the grounds of Ecole Providence.

Lunch included hamburgers, chicken, hotdogs, pop, coffee and a wide variety of salads prepared by members of the community.

The weather was ideal for the outdoor picnic lunch though some of the older people adjourned indoors to play cards and the kids also went in doors briefly to play on the bouncy castle.

But the real attractions for the kids were the traditional, old-style games such as tug of war and the three legged race. The kids definitely enjoyed the games and had enormous fun and they also received a $5 coupon redeemable at local stores for every game in which they participated. 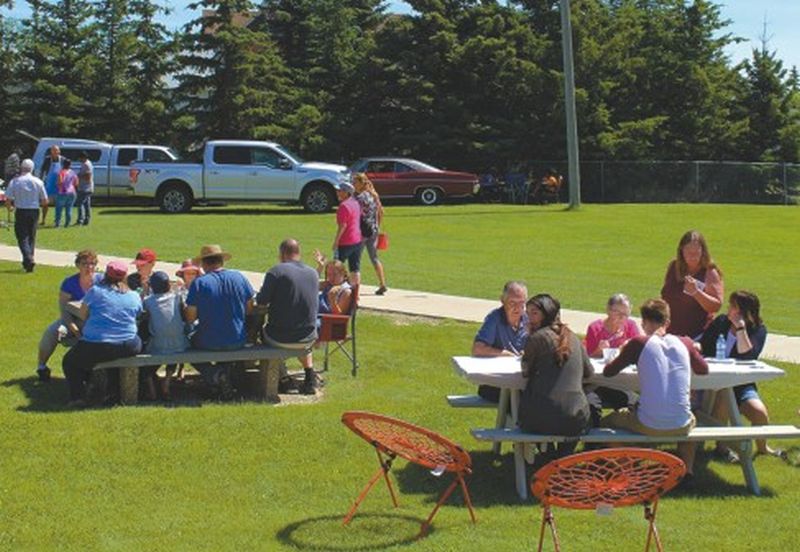 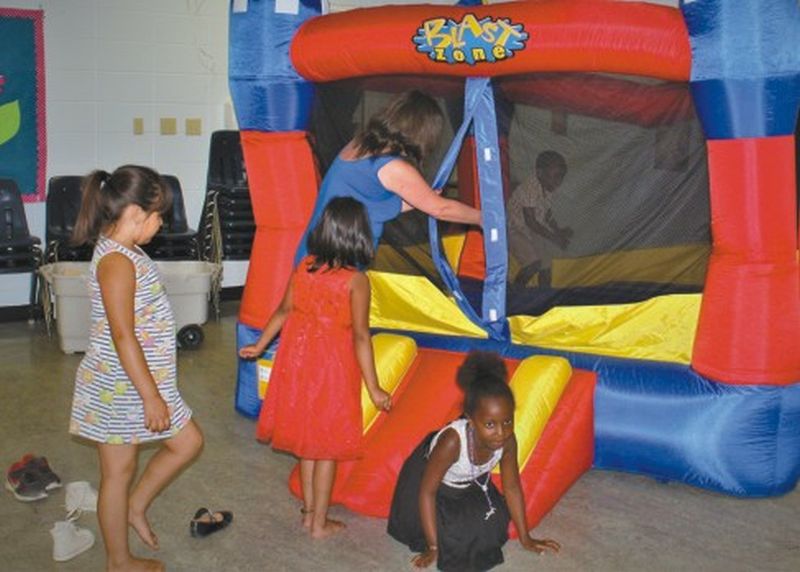