Home News Aloha! We’re hungry! Somebody, please direct us to the luau!! 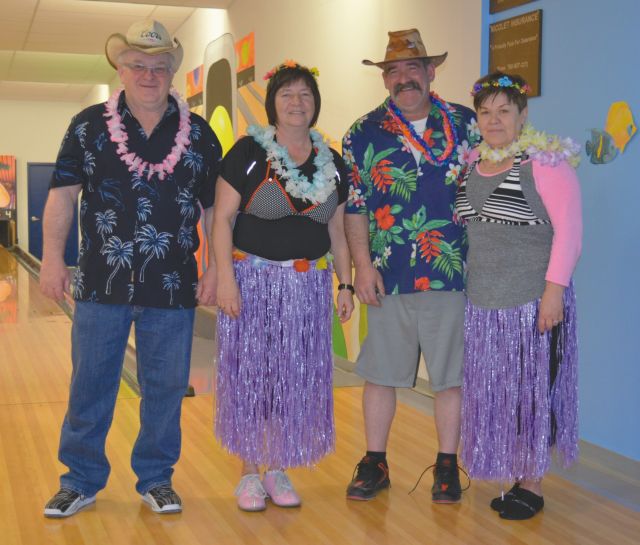 Smoky Lanes Bowling in Girouxville held their Hawaiian-themed tournament during February 10-11. There were winners for first to third place, as well as the prize for the best-dressed team. In the photo above is the team that won for best dressed. Left-right are Henri Aubin, Linda Aubin, Claude Lapointe and Gaetane Pizycki. They also won third place in the tournament. All three winning teams received gift certificates. Please see Page 9 for pictures of the other winning teams. Lynn Florence, the bowling alley manager, commented that there was a good turnout. Seven teams participated, and the tournament was held in the round robin format. The price was $60 per person and each team had four members. The cost included a ham and shrimp dinner, as well as a small banana split for dessert. Next up for Smoky Lanes Bowling is the ‘Winter Blues’ tournament, which is set for March 17-18. Look for a story in the Smoky River Express if that tournament goes ahead.