On April 7th, 2017, at 7:30 a.m., the McLennan RCMP Detachment responded to a complaint of stolen truck in community of Falher, Alberta.

RCMP Members responded to the complaint and upon further investigation learned that the vehicle was seen at several gas station around the Peace Country. A male and a female were inside the vehicle and video footage was obtained. The vehicle is now recovered but RCMP is looking for the help of the public to identify the two suspects. See pictures attached.

The McLennan RCMP would like to remind the public to lock the door of their vehicle, and to keep their set of key with them. The public should report any suspicious activities in their area to the closest RCMP detachment, police agency of jurisdiction or call 911. The McLennan RCMP will continue to patrol the communities and areas to ensure public safety. 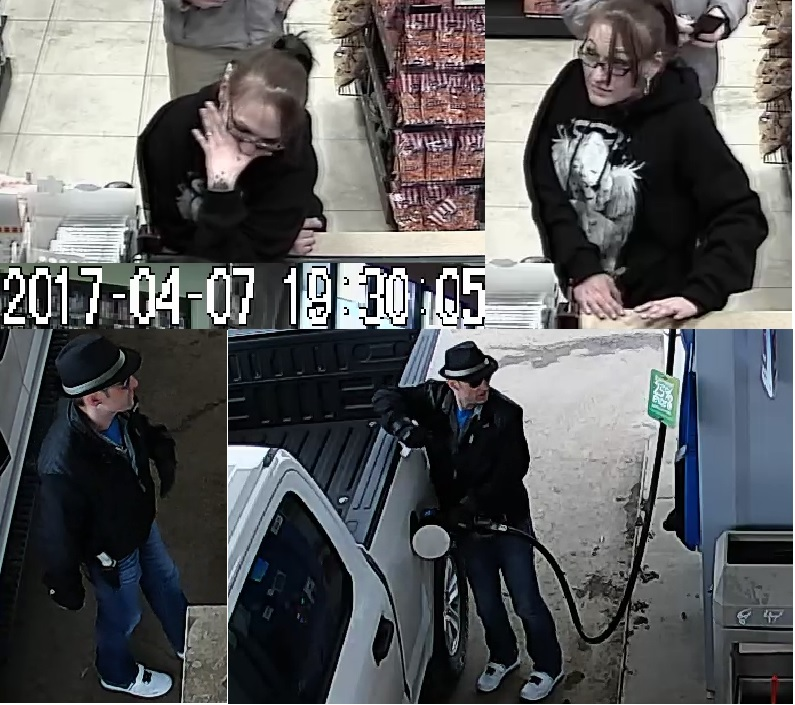