Home News RCMP make an arrest in a rural property robbery, and a missing Falher resident is found safe 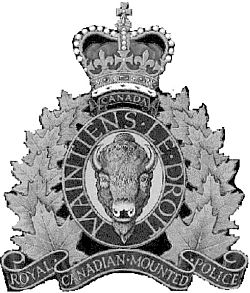 On May 2, 2016, the McLennan RCMP Detachment received a complaint of a robbery on a rural property just off Highway 2.

Upon investigation, it was learned that three suspects entered the rural residence and assaulted three people.

The suspects removed belongings from the residence and fled the location.

The victims were treated on scene by EMS and two of them were transported to the Sacred Heart Community Health Centre in McLennan for minor injuries, and released a short time later.

The RCMP continued the investigation and coordinated a response with neighbouring detachments, calling in the Police Dog Services and Forensic Identification Services from Peace River and Grande Prairie.

A short time later, one of the suspect vehicles was located and the occupants fled on foot. After a foot pursuit, the Police Dog Services located and arrested one suspect.

Some of the belongings stolen in the robbery have been located, examined by Forensic Identification Services and returned to their owners.

Eighteen-year-old Riley Mitchell of Sturgeon Lake, Alberta has been charged with numerous offences out of the Valleyview and McLennan RCMP Detachments, including:

The RCMP is asking the public to come forward with any information they have about this or any other criminal incidents, to contact them at (780) 324-3061. Alternatively, you go to the Crime Stoppers website, found at www.crimestoppers.ab.ca, or call 1-800-222-TIPS (8477).

Information can also be shared anonymously. You can text the tip by typing in the key word ‘tip 252’, followed by the information, then text it to CRIMES (274637).

The RCMP would also like to remind the public to report suspicous activity to the nearest detachment or police agency.

At approximately 9:55 a.m. on May 11, the McLennan RCMP Detachment received a report that 48-year-old Clayton Payou, a resident of Falher, was missing.

However, as a result of media interest and public input, he was found safe in Grande Prairie at approximately 6 p.m. on May 11.