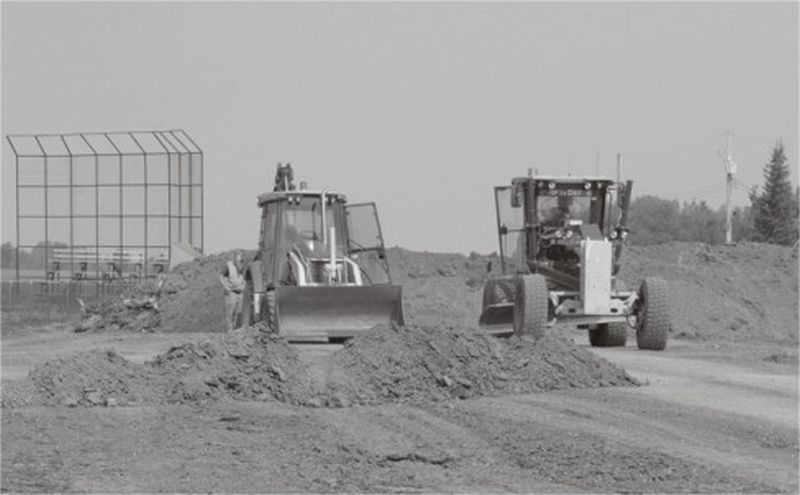 Work is underway on the Village of Girouxville’s 2018, road construction projects at a cost of $476,000.

The 48th Street road improvement, which includes storm sewers, curb and gutter, ditching and other work, is currently in progress.

Previously a gravel road, 48th Street will now become a paved thoroughfare with ditch work and culverts along the field to accommodate drainage down to 48th Avenue.

Also included in the 2018 projects are road repairs on 50th Street (Main Street) and back alley improvements on 51st Ave.

Additional Girouxville construction work includes recreational area landscaping for drainage and the preparing of the base pad for the “Skating Rink” concrete.

The skating rink project, which was scheduled to start on June 16 did not get underway until August 2, due to heavy rainfall this spring and summer.

The Girouxville Enhancement Committee raised funds for the Skating Rink concrete base and the development of the skating rink site into a year round recreational facility.

The Village of Girouxville will sustain the cost of the landscaping and prep work involved.

The tender process for the skating rink concrete work, funded by the Enhancement Committee, closed on August 14 and the contractor doing that work has yet to be announced.

While funded by the Girouxville Enhancement Committee, the entire Skating Rink development will be overseen by the Village of Girouxville with CAO, Estelle Girard, directing that project. 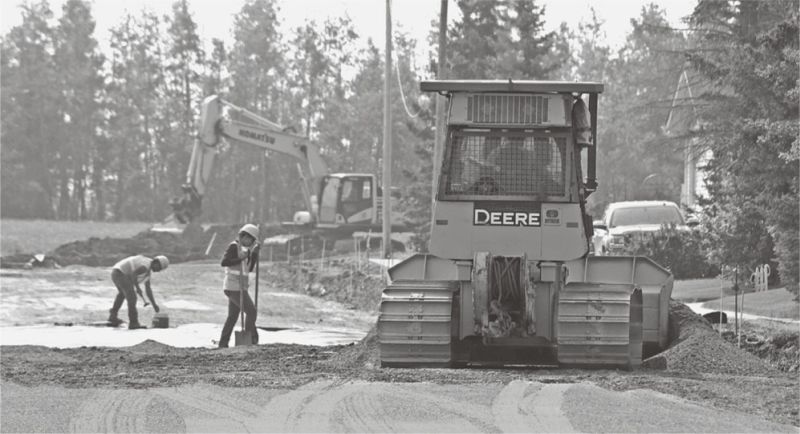