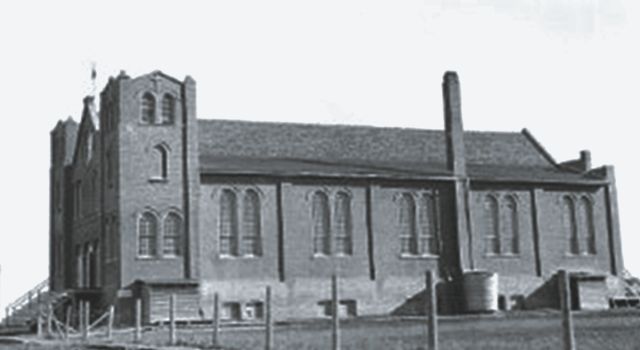 The celebrations will commence with mass at 10am, followed by lunch and afternoon events with entertainment at the Knights of Columbus Hall in the Centre Chevalier.

Photographs, clothing and other items representative of the early 1900s will be on display.

As the event is not until June, a definitive list of events and entertainment has yet to be confirmed.

From the beginning, the Catholic Church was instrumental in the settlement of the region.

The town of Falher is named for Oblate priest, Father Constant Falher, who came to the region from Brittany, France in 1863.

St. Anne’s Parish was establishment by Bishop Grouard on June 15, 1917 with the parish’s first priest being Father J.A. Ouellette.

The church was a beautiful, imposing edifice that stood on the IGA mall site and along with it religious function also served as a place for community gatherings and events.

On April 30, 1962, fire consumed the church and following the fire what remained of the structure had to be completely demolished.

Construction on the new St. Anne’s church was completed on March 9, 1963 at its present location on the corner of 1st Avenue and 1st Street SE.

A centennial Celebration Committee meeting will be held at St. Anne’s Church on Thursday, February 2 at 7pm.