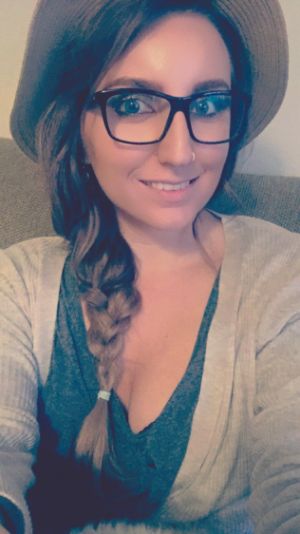 The Business of Balayage teaches and promotes the hairstyling technique of balayage, a highlighting color technique.

Though the balayage technique has been around for decades with Audrey Hepburn sporting the style in the 1961 movie ‘Breakfast at Tiffany’s’ the technique has experience a resurgence in the past five years, as many celebrities are again using the procedure.

The handcrafted technique can best emulate the natural tones and effects that hair acquires when exposed to sunshine.

“One of my co-workers had invited me to a Facebook group with The Business of Balayage, basically where hairstylists share photographs of their work, comment and look for suggestions,” says McNeil. “The Business of Balayage advertised that they were accepting applications for educators for their group so I thought, what do I have to lose.”

The application process is quite rigorous and McNeil had to submit an essay on why she believed she had what was necessary to be a Business of Balayage educator.

“I had to send in ten pictures of my work with the formulas, proof of income as those accepted must have an established business, not a home based business but an actual salon. I also needed an active Facebook page and an active Instagram page both of which I had.”

When McNeil had submitted her online application, The Business of Balayage told her they would get back to her in about a month.

“I had honestly forgotten about it when I got an email saying that I had been accepted,” says McNeil. “They accepted 30 people out of 150 applicants.”

Kayla McNeil was the only applicant from Canada accepted into the 3-day intensive educator program, which took place at the recently opened academy in Costa Mesa.

The first day began with all thirty participants, the senior educators and the owners getting acquainted with one another. Then it was a matter of getting down to work observing live demos and taking copious notes.

“The second and third days were really intensive: the second day they split us into groups for workshops. For two hours, we went to a business and marketing workshop, followed by another two hours of going into the curriculum for becoming an educator.”

The techniques taught by the company are very specific, as educators must use precisely the same process and establish a consistent standard.

The participants cover the curriculum, business and being an assistant.

The assistant training is particularly important because everyone starts out as an assistant, working their way up to being a lead educator.

“So we had a class on just being an assistant with hands on practice using their special techniques,” says McNeil. “It is actually a freehand painting technique using a colour brush and a bowl. You paint the lightener directly on the hair, so it’s way more personal than just doing foils.
You have to visualize where you want the lightness and the darkness.”

McNeil is taking her bachelor of education, at Northern Lakes College and finds the balayage experience very useful as it gives her a feel for teaching.

“And it re-sparks some passion. You can get stuck in a lull and it’s a nice change of pace. Seeing all these people’s different techniques was so neat.”

She is already using the techniques at her salon and making use of all the notes she took at the academy.

The company is also paying her to go to Vancouver in April to shadow their classes and she will eventually travel around Canada being an educator at The Business of Balayage classes.

“Now all my pictures of my work will have a personal watermark that will have my name and The Business of Balayage name in the corner. It is really cool to know that I am the only one in Canada that is able to use that.”