Who knew the former editor of the Smoky River Express had a novel in her?
Shari Maertens-Poole (as she was known then) worked at the Express for a decade ending in 1997 and has been a journalist for about 30 years.
Now going by Shari Narine, she’s the author of the recently-published book (her first), called Oil Change at Rath’s Garage.
‘Oil Change’ looks at small-town Alberta life through the experience of a couple of dysfunctional families.
Could it be based on her experiences as a resident of Donnelly? Perhaps only indirectly.
Narine told Edmonton Journal reviewer Roger Levesque: “I would have to say that (fictional) Delwood is a combination of the three towns I grew up in and married and lived in, Daysland, Donnelly and Pincher Creek. I think all small towns have a similarity but they all have individual things as well. I think Delwood itself is a character in this novel.”
Narine has been a freelance journalist for most of the time since she left The Express. She currently writes for Windspeaker, as well as hockey and agricultural publications. And, as it turns out, dabbles in fiction in her off hours.
“Novels don’t pay the bills,” she says.
The book deals with uncomfortable topics, and Narine has taken some flak from people (on a recent library tour of Northeastern Alberta, for example) who don’t like what she seems to be saying about small towns. On the other hand, she says she’s been hearing from readers who say: ‘My family was like that!,” and thank her for how she portrayed it.
Speaking of flak, she says she benefited from some of what she calls “spirited response,” to her editorials when working at the Express. It helps her to deal with those less-favourable reactions to her new book.
On the subject of book tours, Narine says she’s very much hoping to get into her old stomping grounds in the Peace Country and has been talking to the Peace Library System about the possibilities.
Perhaps sometime in the new year, she says.
Another Smoky River area connection: one of the acknowledgements in the book is to Colleen Michaud, “my neighbour in the first house I lived in when we moved to Donnelly.”
Published by Thistledown Press of Saskatoon, Oil Change at Rath’s Garage is available at thistledownpress.com, at major bookstores in Edmonton and at Amazon.ca. 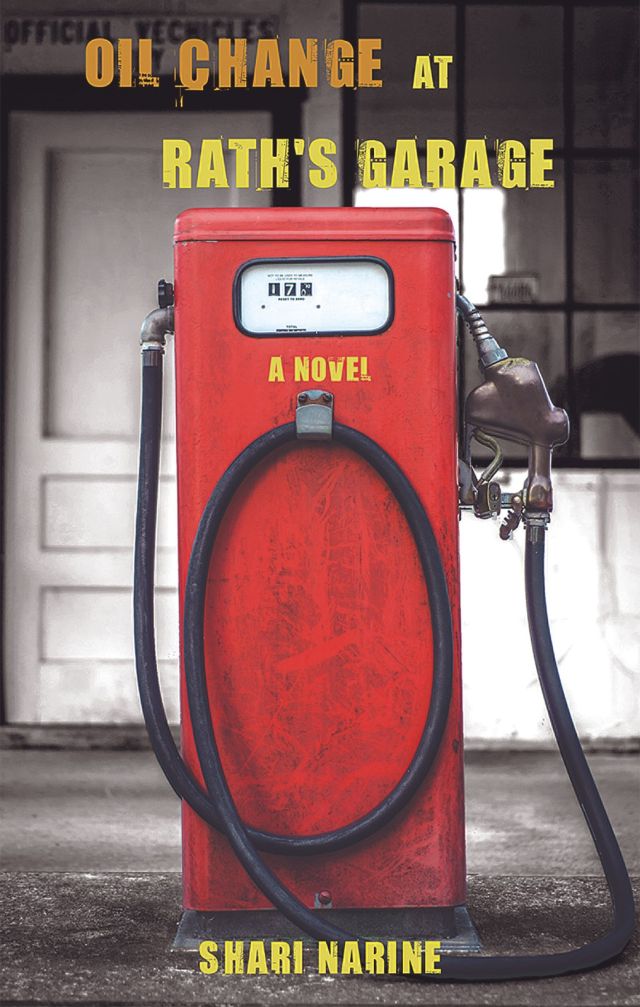