Philippe Anctil was born in Cabano, Quebec on April 27 1930, to Joseph and Elise Anctil. He moved to Girouxville with his parents, grandmother and two older brothers in August 1931.
Philippe’s early years showed signs of the characteristics that would define his life. He loved his family, he loved his work and he loved the community that he was raised in.
His energy and entrepreneurial spirit were evident from the start when, as a boy, he took over janitorial duties from his older brother, Fernand, at his school, Ecole Gougeon.
Every school day morning, he would walk one mile to light the stove, to warm the school before his classmates arrived. After school, he brought in firewood, ice for drinking water and cleaned the school. For this, he received five dollars a month.
In 1946, Philippe worked for Andre Gagnon and became interested in beekeeping. He started his own business in 1947, with 10 hives from his father. He took to beekeeping right away and found it to be both fascinating and rewarding.
Philippe worked as a beekeeper for 40 years and was recognized in 1986 by Alberta Honey Producers for his 25 years of continuous membership.
Philippe had a vision for his future. In 1949, he filed for a homestead on a section of land north of Jean Cote. As a homesteader, he worked hard clearing his land.
In addition, he worked for Shell Oil for several years. His potential was noticed by Shell, who offered him a permanent job. Undoubtedly, if he had stayed in the energy

industry he would have had great success, but he preferred independence.
He sold his homestead and purchased Chouinard’s land near Girouxville, where the family farm remains to this day.
The love of Philippe’s life grew up next door to him, his wife to be Laurianne. She says she doesn’t remember a day in her life when Philippe was not present.
They played together as children, courted together as young adults and were married in 1959.
They were blessed with three beautiful and talented children – Lise, Louis and Nicole – and five grandchildren – Darren, Marc, Chanelle, Eric and Daniel.
Philippe’s beekeeping business led to another of his great loves, the desire to travel and see the world. He drove to California many times a year to pick up bees for his business and he took friends and family with him.
Each of his children enjoyed time with their father, driving to California and seeing the sights. He was always open to new adventures and they enjoyed visiting San Francisco, taking helicopter rides together, and seeing Disneyland.
One time, on a return journey to Canada with a full load of bee packages, Philippe was stopped at the U.S. border by a customs officer, asking him what he was carrying.
Bees, he replied.
Peas? Asked the officer.
No, bees, Philippe said.
Well, then get out of here and right now! Said the officer.
Philippe loved his grandchildren and enjoyed taking them and teaching them about nature and family history. They all have stories about the times they spent with him and the things they learnt from him.
Those of us who know these children best can see traits of Philippe, which have been carried on from generation to generation. We know that Philippe is not lost to us, as some of his best values are carried on through his children and grandchildren.
In his later years, Philippe gave a lesson to all of us in how to endure some of the hardships that life can send our way. He carried his burden with strength and dignity and maintained his character right to the end.
His family was loyal and loving and was always with him. Many hours were spent enjoying the fruits of the farm and the tasty treats from the kitchen.
Many conversations were held reminiscing about the old days, and when Philippe could no longer join in, he could often be seen smiling and laughing as we discussed the old days.
I will end here, as I knew Philippe well enough to know that he was a modest and private man who would not want me to spend too much time extolling his virtues.
In closing, I would like to say, Philippe, we loved you. we will never forget you and we are all better for having known you.
Philippe was predeceased by his father, Joseph; his mother, Elise (Pedneault); brothers, Fernand, and Maurice (Lilian Laverdiere); sister, Marie (Marcel Wolfe); and nephew, Marc Anctil.
Philippe is survived by his wife, Laurianne, of 56 years; brother, Rene (Jeanette); and sister, Lorraine (Dennis) Heber; as well as his children, Lise (Colin) Reid, Louis (Wendy) Anctil, and Nicole (Jonny) Samsone; and grandchildren, Darren, Marc, Chanelle, Eric and Daniel.
Funeral services for the late Philippe Anctil were held at the Paroisse Notre-Dame de Lourdes in Girouxville on Dec. 5, 2015, with Msgr. Charles Lavoie officiating.
Chanelle Anctil was the cross bearer. The pall bearers were Daniel Reid, Marc Reid, Eric Anctil, Jacques Anctil, Gilbert Wolfe and Edmond Wolfe. Colin Reid was the euologiest. Nicole Strokappe Melissa Roy was the violinist. Interment followed at the Cimetière Notre-Dame de Lourdes in Girouxville, Alberta 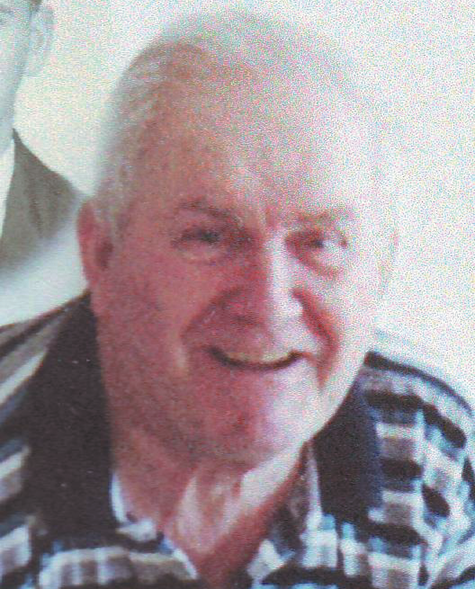 .
Funeral arrangements were under the direction of Chapel of Memories Funeral Homes in Peace, River Alberta.