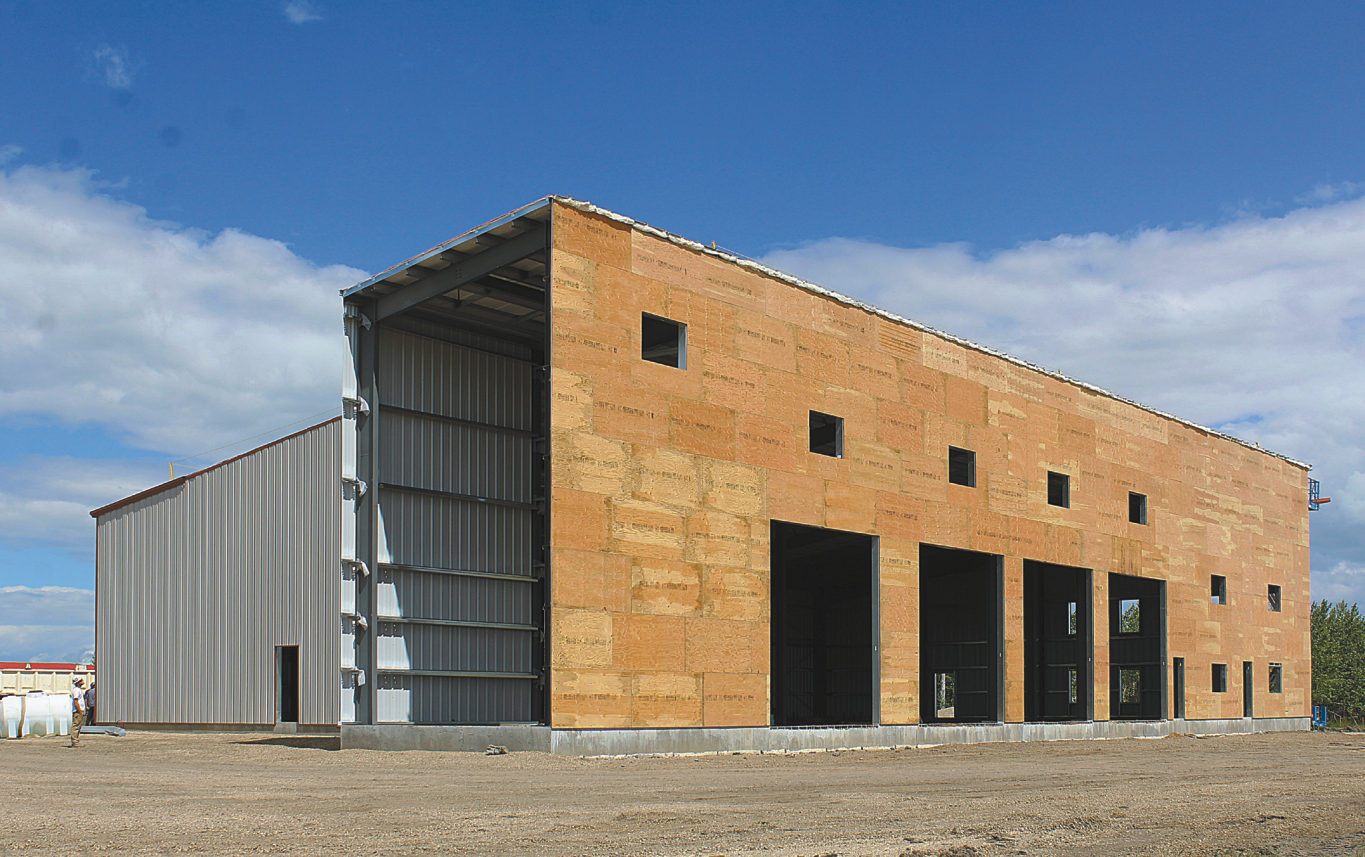 Work on the new SRFD fire hall in Falher is progressing and is scheduled for completion by December.

Smoky River Fire Department Chief, Marcel Maure spoke at the McLennan Town Council meeting on July 11, delivering an update on developments within the department.
The fire department is in the fortunate position of having 42 volunteer fire fighters at present. While the department is almost at capacity for volunteers, Maure says the present situation allows him to choose ideal candidates who can integrate with the rest of the organization.
“Last Sunday evening we had a car fire out by Guy and 11 guys answered the call,” says Maure. “It’s a Sunday in summer and I am getting 11 guys out, that’s impressive. We work well together so I watch who I bring in now; they have got to be a good fit.”
The Smoky River Fire Department has acquired an F350 wildland fire truck purchased from Shell for $7,295.
Shell acquired the truck from another fire department so when Smoky River bought the vehicle, it came fully equipped with the Jaws of Life, self-contained breathing apparatuses and tools.
The truck has a 1000-liter water tank and is ideal for getting to a field or into the brush instead of using a larger fire engine.
“I will send that thing in; if it lights on fire and we lose it, that’s seven thousand dollars, where a new fire truck is a half-million,” says Maure.
“You can get into the woods with them, chase down those hotspots and put the fires out. When things are supper, supper dry they are a good piece of equipment to have.”
The SRFD has also purchased a drone to do fly over scenarios, capable of seeing hotspots, can be used for search and rescue, doing flight patterns over the bush if someone is lost.
In the event of a train car derailment, instead of risking lives the drone can get close, take pictures and bring back information so the fire department can see what is needed.
“The range is line of sight, as far as I can see,” says Maure. “It is definitely far enough to do a hazmat scene or a train car derailment or whatever else is required.”

Another project on the SRFD agenda is a control burn of Kimiwan Lake in the spring of 2017.
“I had a meeting with the CAO, and Agriculture and Forestry, looking at doing a control burn of Kimiwan Lake. There are a lot of steps that are required before we can do this; Fish and Wildlife, Bird Sanctuary… everybody has to be onboard.”
It is likely to be a two-day burn taking place during the week.
Agriculture and Forestry have offered to come out and give the SRFD a hand with it.
“They would probably lead it with myself onboard with them, a joint operation and we will see how it will go from there,” says Maure. “If it looks good and is something deemed necessary every year, or every couple of years, we might be able to schedule it.”
Work on the new SRFD fire hall in Falher is well underway, the structure now having four walls and a roof.The crew doing the work are based in Lethbridge and work two weeks straight, Sunday to Sunday and take the following week off.
If everything continues to go according to plan, the hall is scheduled for completion by December.