McLennan, Alberta – Jack has been located safe. RCMP thank the public and media for their assistance.

McLennan, Alberta – McLennan RCMP are asking for public assistance to locate 29-year-old Jack Dillon Ward. Jack was last seen on Nov. 10, 2018 at approximately 9:30 p.m., travelling on a ATV near secondary Highway 679 in the area of Winagami Lake. He may have been travelling to the Hamlet of Grouard and RCMP wish to verify his well-being.

Jack Dillon Ward is described as:

If you have been in contact with Jack Dillon Ward or have information on his whereabouts, please contact the McLennan RCMP at 780-324-3086. 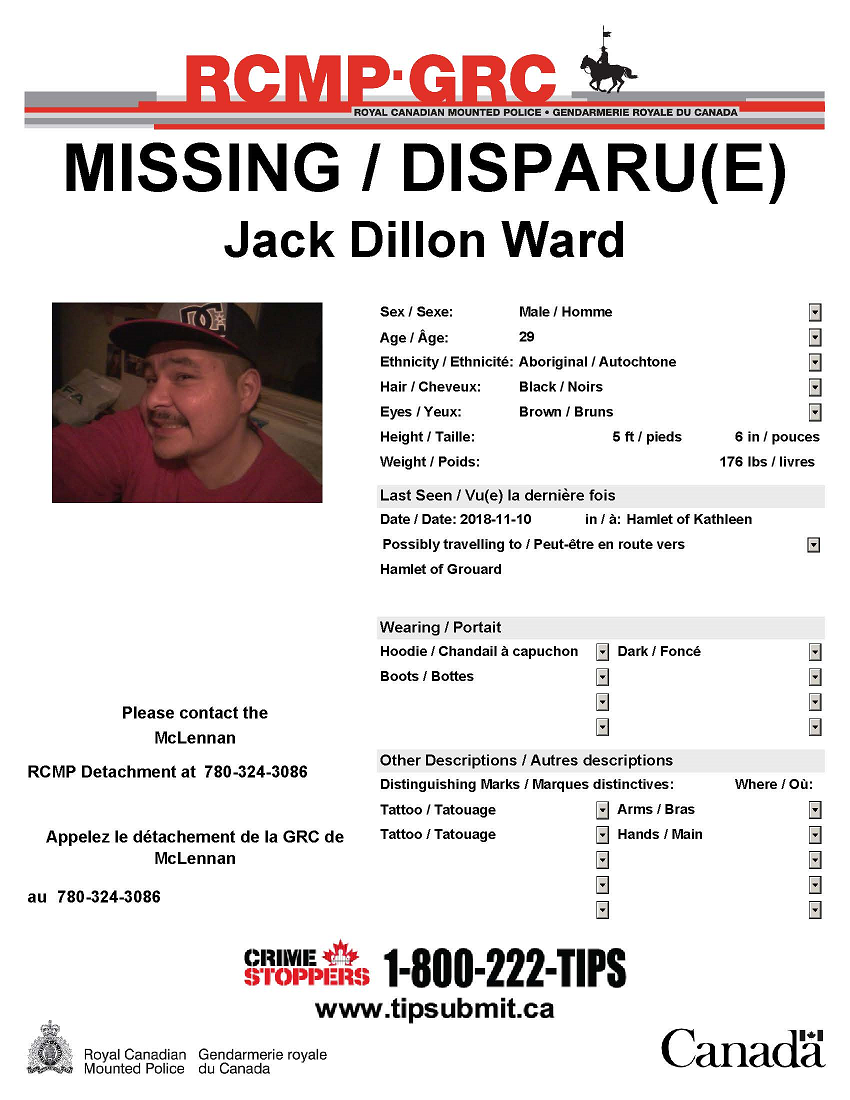