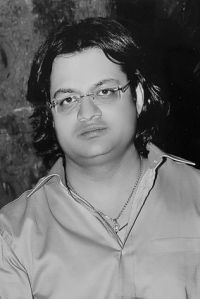 Isaac Kocherla has lived in McLennan for the past ten years and worked at Manoir du Lac since he arrived in the area.

He decided to run for McLennan Council to learn how municipal politics function and to help people who need assistance.

He recognizes that people have numerous issues and he is keen to represent these issues on council and be instrumental in creating a better life for people locally.

Kocherla, who began working in the kitchen the Manoir du Lac, worked his way up the ranks to the position of administrator, recognizes the struggles and objectives of average people in a small community and how important each job is to that community.

He also recognizes that the better the quality of life and the opportunities for employment the lower the level of social problems and instances of crime.

As an administrator at Manoir du Lac, Kocherla looks after the financial affairs of some of the residence, which has given him insight into the struggles faced by many seniors in the region.

“As I am responsible for some seniors financial issues in my role as an administrator I have learned many things,” he says. “I have come to know the difficulties seniors face such as not receiving enough support and what needs to be done to make their lives better.”

Isaac Kocherla is a family man committed to the development of his community. His wife Mary Ravula who also worked at Manoir du Lac when they arrived in McLennan is now employed at High Prairie Health Complex – J. B. Woods Continuing Care, and their daughter Susan is a Grade 8 student at G. P. Vanier.

Along with his concern for the welfare of seniors in the community, Kocherla says he is looking forward to contributing to the economic development of the town.

He believes McLennan should explore ways to take advantage of being on the highway in its effort to attract new businesses and it should examine ways of lowering municipal taxes, which he believes would have a positive influence on business and housing.