The event, created as site-specific to McLennan library, involved a local woman, “an enigma” from the 1920s who does not remember who she is.

Through a series of clues, each one revealing more about the “enigma,” the members of the group eventually discover the woman’s identity.

The woman portrayed by Jasmine Bowen was Josephine Langlois who came to McLennan in the 1920’s and worked at a number of jobs including doing laundry and acting as mid-wife while raising her three children.

“The crowd was close to twenty people which is ideal,” says Joshua Kitz. “When you get more than that you start losing the interactive part of it and people feel they are not contributing as much.”

Prior to coming to McLennan, Live History performed in Alix and Mannville Alberta and were scheduled to stop in Milford Saskatchewan on their way back to their home base in Ontario.

The group is scheduled to perform in Bermuda and in October and December 2018, in Australia and New Zealand. 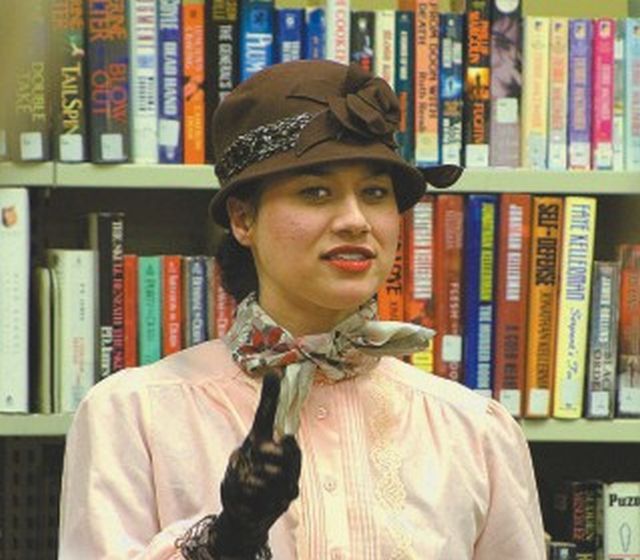