Hinton RCMP are asking for public assistance to locate 43-year-old Christos KARAVIDAS of Hinton, AB. He was reported missing to police on October 12, 2017. He has been missing since Sept. 28, 2017.  Christos was last seen at a residence in Hinton and his current whereabouts are unknown.

Christos KARAVIDAS is described as:

If you have any information on Christos’s whereabouts, you are asked to contact the Hinton RCMP at 780-865-5544 or your local police. 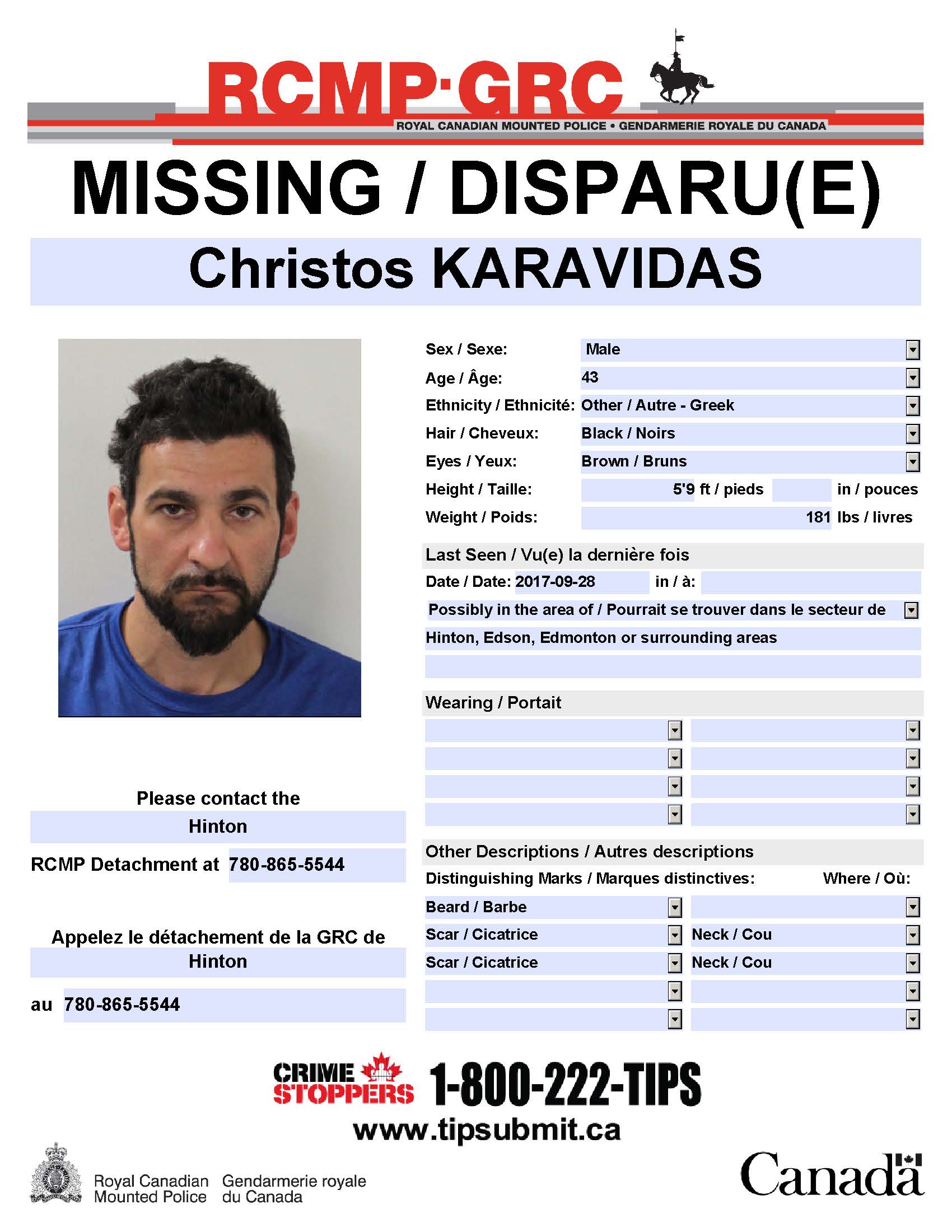