Grande Prairie, Alberta – Grande Prairie RCMP are seeking the public’s assistance in locating 68-year-old Gerard PAQUIN. PAQUIN was reported missing on Wednesday July 12, 2017. He was last seen July 8, 2017 at the Happy Trail Campground in the County of Grande Prairie.

PAQUIN is described as:

It is believed PAQUIN could be heading to Fort Saskatchewan driving a Black Dodge Ram with British Columbia licence plate BB0606.

There is general concern for PAQUIN’s well-being and RCMP would like to locate and speak with him as soon as possible. Police are asking anyone who knows of his whereabouts or who has recently been in contact with him to please contact the Grande Prairie RCMP Detachment at 780-830-5701 or Crime Stoppers at 1-800-222-8477. Should you wish to remain anonymous, you can contact Crime Stoppers by phone at 1.800.222.8477 (TIPS) or by Internet at www.tipsubmit.com. 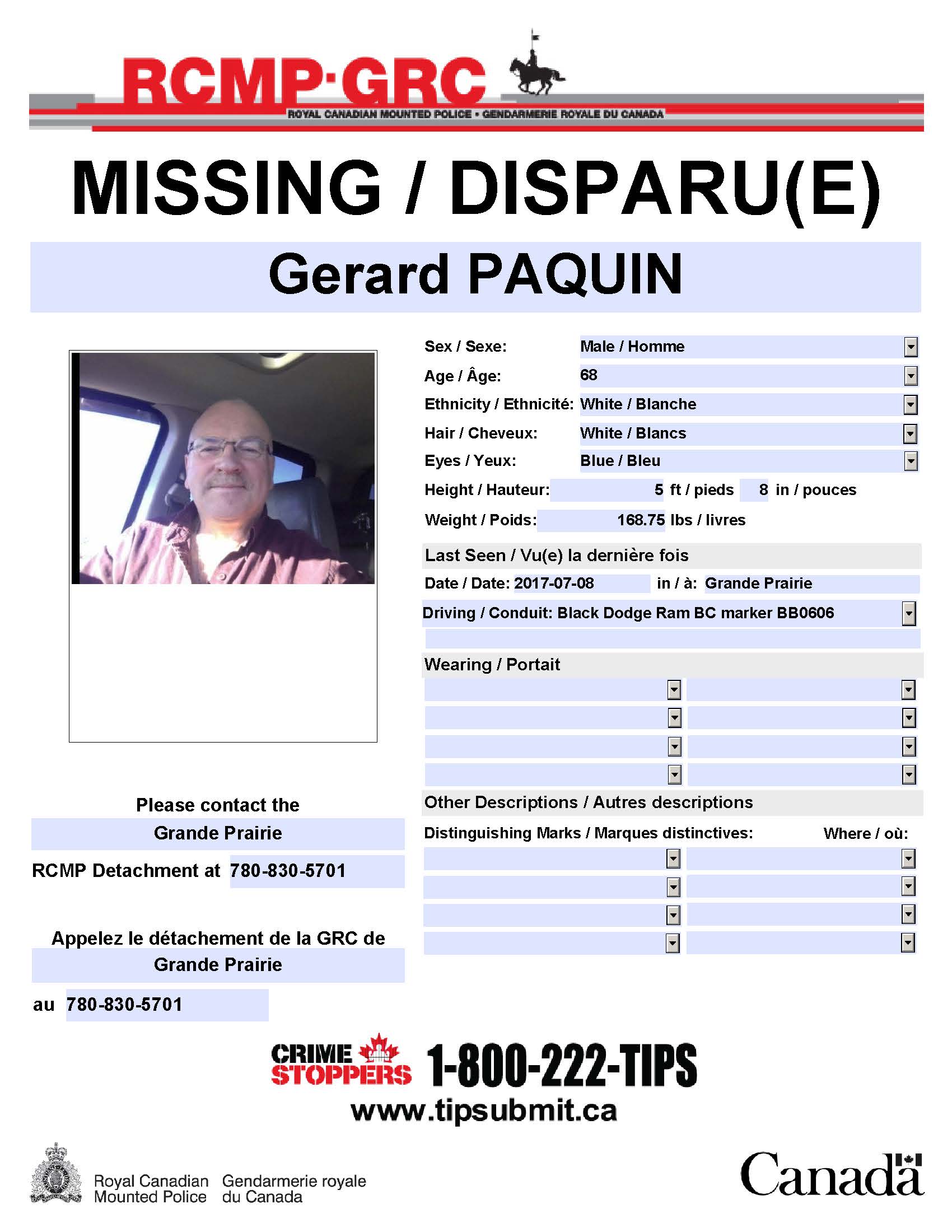