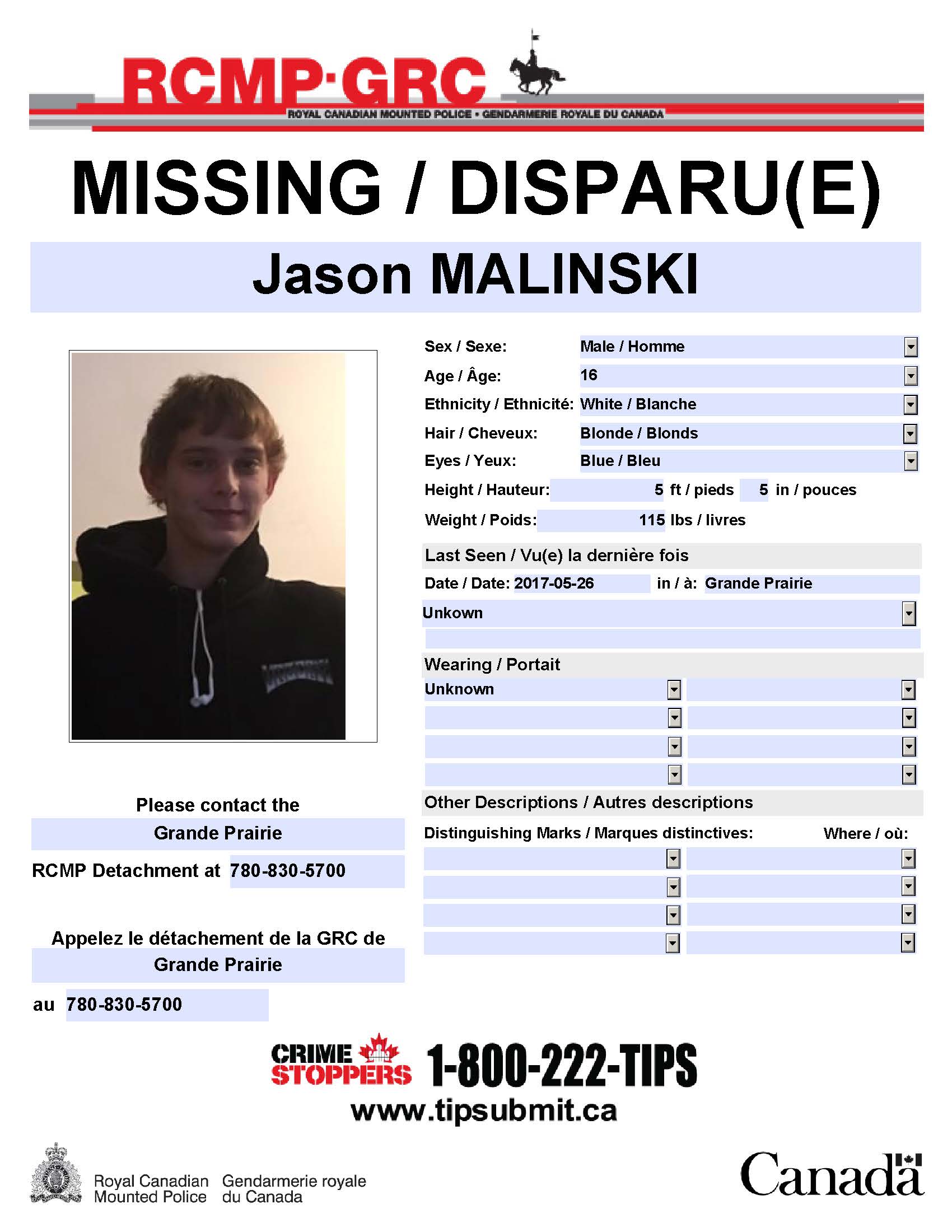 There is general concern for his well-being and RCMP would like to locate and speak with Jason as soon as possible. Police are asking anyone who knows of his whereabouts or who has recently been in contact with him to please contact the Grande Prairie RCMP Detachment at 780-830-5701 or Crime Stoppers at 1-800-222-8477. Should you wish to remain anonymous, you can contact Crime Stoppers by phone at 1.800.222.8477 (TIPS) or by Internet at www.tipsubmit.com.