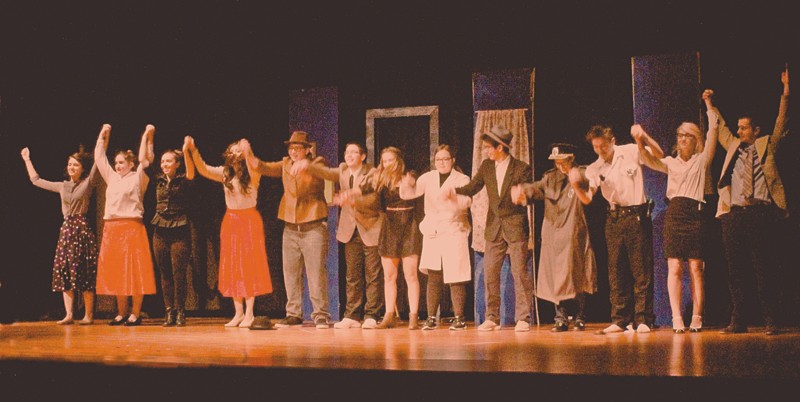 As is often the case, the movie D.O.A. (Dead on Arrival) was met with tepid critical response when first released in 1947, but over the years has garnered if not classic status at the very least film noir cult popularity and has prompted a movie remake, a radio play and a musical.

Now, thanks to G.P. Vanier senior drama and drama teacher Brock Whalen, an excellent stage version has been added to the lineup of D.O.A. reinterpretations.

The play begins with the lead character Frank Bigelow walking into a San Francisco police station to report his own murder.

As Bigelow relays his story to the police, the drama plays out in flashbacks as he learns he was administered a lethal dose of poison and his search to uncover the reason and culprit responsible for his inevitable demise.

G.P. Vanier senior drama are a capable and talented ensemble and apart from taking some creative license remained faithful to the 1940’s period and noir atmosphere of the original movie.

The approximately 30 minute performance moved quickly and coherently between scenes, sustaining the compelling fatalism, with the story ultimately arriving back to its opening scene.

The play offers enough plot twists and dramatic confrontations to remain gripping, entertaining and convincing throughout.

The audience, as is usually the case with drama group productions, was an intimate crowd of family and friends, which provided a wonderful opportunity for everyone to sit close enough to the stage to enjoy an intimate performances and to see up close a well directed, well acted and cohesive production.

Dead On Arrival is definitely a credit to all the young actors involved, and their drama teacher Mark Whalen did an excellent job of directing and coaching the players while also putting in a cameo as the bartender. 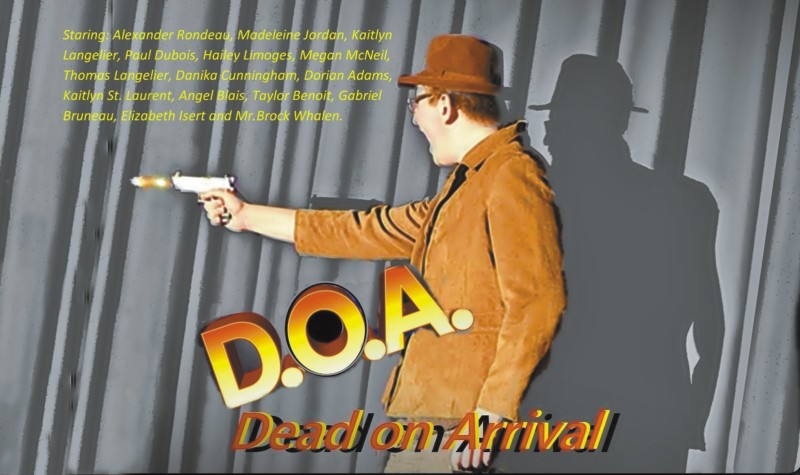