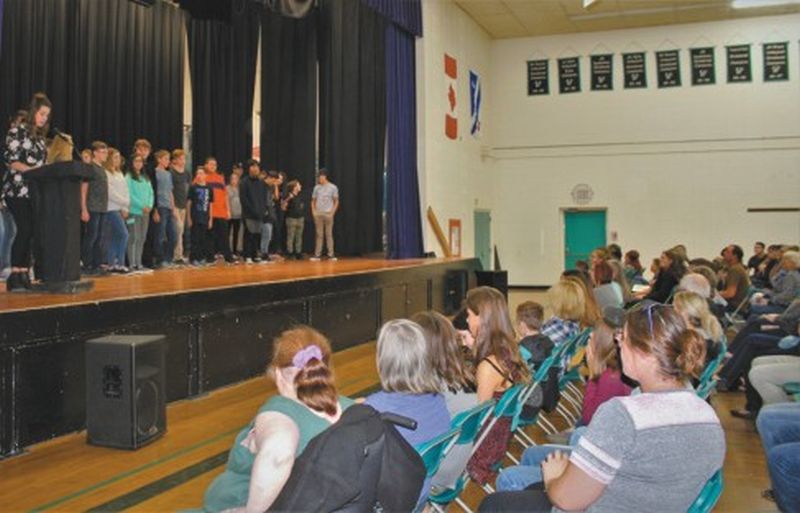 G. P. Vanier Student Awards Ceremony took place on Thursday, September 6, beginning the new school year with a retrospective look at the accomplishments of the past year.

Following a chilli supper in the small gym, students, parents and teachers moved to the big gym for the awards presentations.

Vanier principal Pam Heckbert welcomed everyone to the event and spoke about how youth are the most valuable thing we have in our rural community.

The awards presented at the ceremony were in two categories: The first was merit awards, which students receive having reached an academic mark of eighty percent or more in one or more of their courses.

The second category was the awards of distinction, awarded for the students with the highest mark achieved for each course of study.

Two students who deserve particular mention having distinguished themselves in most subjects are Christian Menke and Emma Isert.

Other awards presented during the evening included the new, good citizen awards, won by Darby Heckbert and Hailey Limoges. The principal and vice principal awards were won by Megan McNeil and Abby Doris respectively.

The annual John O’Mahony bursary and a Governor Generals Award were also presented.

Many of the recipients, having graduated last spring and gone on to universities and colleges pursuing third level education were not available to receive their awards in person.

When the awards ceremonies were finished and parents and students had stacked away most of the chair, the ceremony continued with a family dance.