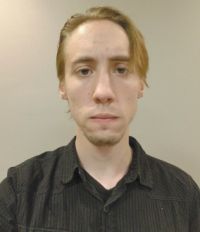 Benjamin Dion’s family settled in the Girouxville area in the early 1950’s.

Dion has worked as a welder in the oil patch and lived in Grande Prairie for some time before returning to Girouxville in June 2014.

He says he was prompted to run for council due to an apparent lack of interest within the community and was keen to preserve the municipal status of Girouxville Village.

Dion says this is his first venture into playing a role in local government and that he wants to use the opportunity to work towards bringing greater internet access to the area and to promote the area and bring in businesses. Dion sees both of those objectives as connected as the quality of available internet service is important to attracting business.

The issue of acquiring up-to-date internet service is a matter to which Dion brings a qualified perspective as he presently works as a computer technician.