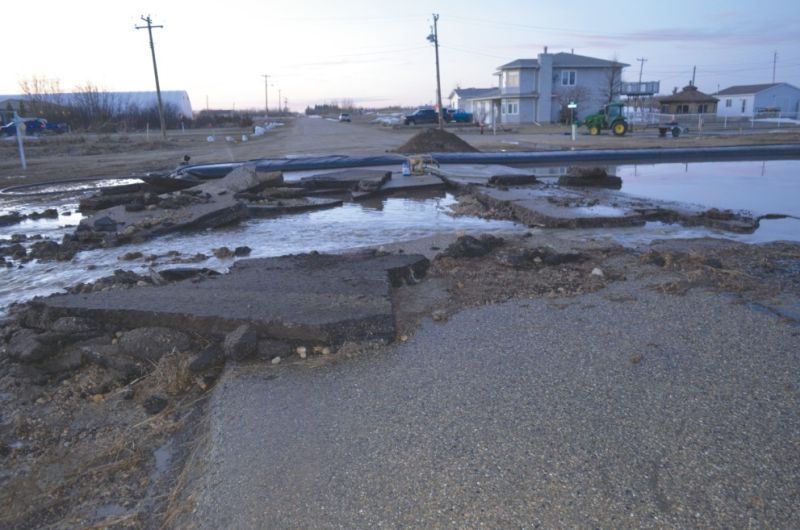 The snowfall has stopped, but in its place comes the flooding.

Last week, flooding was evident throughout the Smoky River region, including in and near the municipalities.

Earlier in the week, Fire Chief Marcel Maure and others worked to fill sandbags and deliver them throughout the region.

Kevin Cymbaluk, the director of operations for the M.D. of Smoky River No. 130, highlighted the workload the public works employees were dealing with.

“The main focus has been from south to north. The Peavine Drainage is a big focus, as usual. So is the Winagami Canal.”

The key activities have been: marking flood areas on roads, moving snow back in some areas and opening culverts. As many as 15 roads were closed and some school bus runs were cancelled on April 26.

The M.D. of Smoky River No. 130 issued an overland flooding notice on April 26:

“Overland flooding is impacting areas throughout the municipality resulting in roads being cut, road closures and hazards. Barricades and signs are being placed on affected roads.

“Avoid any unnecessary travelling on all rural roads as municipal crews are working.

“Use alternate routes and obey posted signs. Do not bypass, move barricades or travel through water covered roads as there may be hidden hazards including washouts and erosion. Drive with extreme caution.”

Also, the Guy landfill was closed until further notice, due to the flooding.

Cymbaluk also says that once the flooding is contained, public works would focus on infrastructure repairs. He is asking the public to be patient while the repairs are being done.

The M.D. will document all required repairs and may seek compensation from the provincial government.

Flooding was evident along Highway 49 from Girouxville to Donnelly, with ditches on either side swelling to capacity or overflowing.

On the northwest side of Falher, on Range Road 214, the bridge by the canal was closed due to flooding. Several gravel roads north and east of Falher were overflowing with water, but were passable.

On the highway just south of Girouxville, whirpools were evident as the water channelled through the pipes from one side to the other.

The photos at right are along Highway 49, between Falher and Donnelly Corner. Look for more photos of the flood damage in this week’s edition. Anyone with stories of property damage from flooding are encouraged to contact the Express. 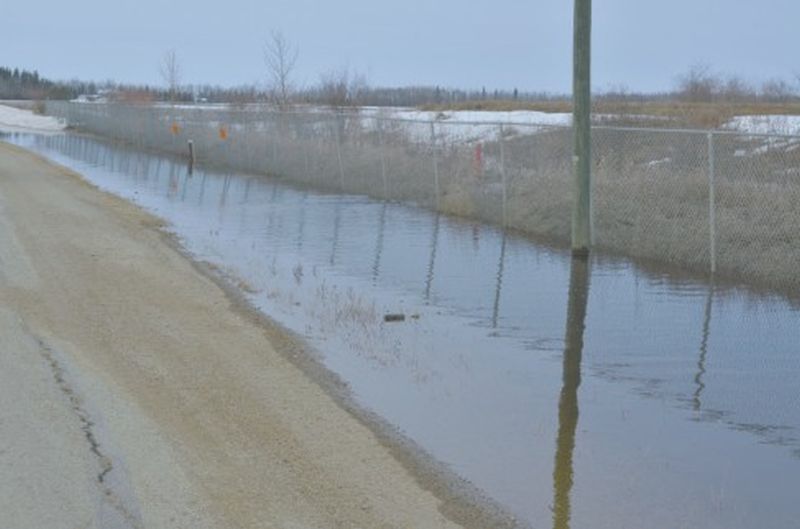 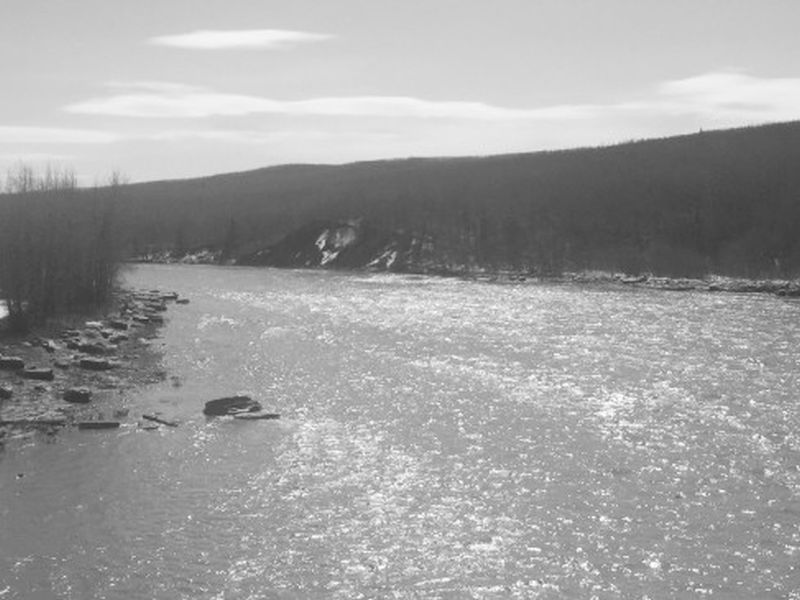 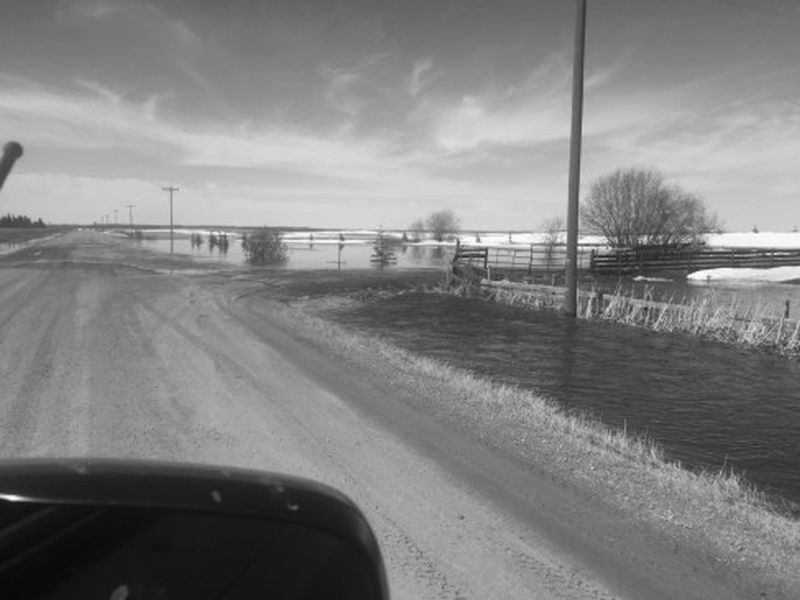 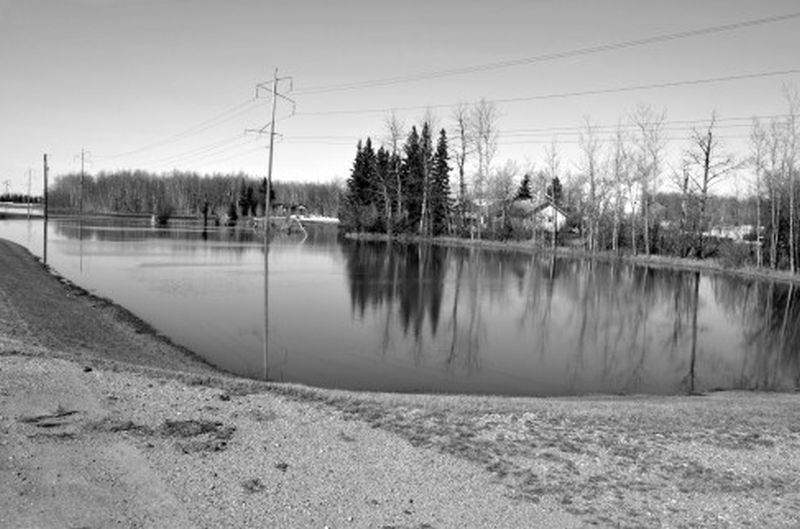 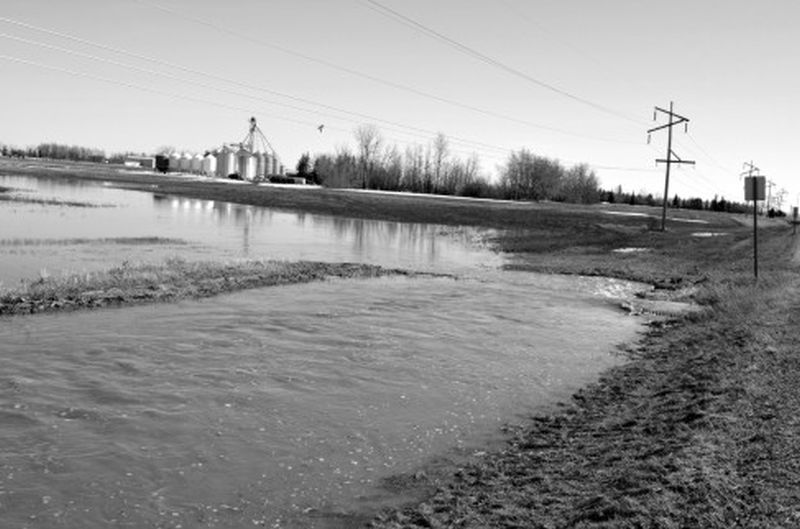