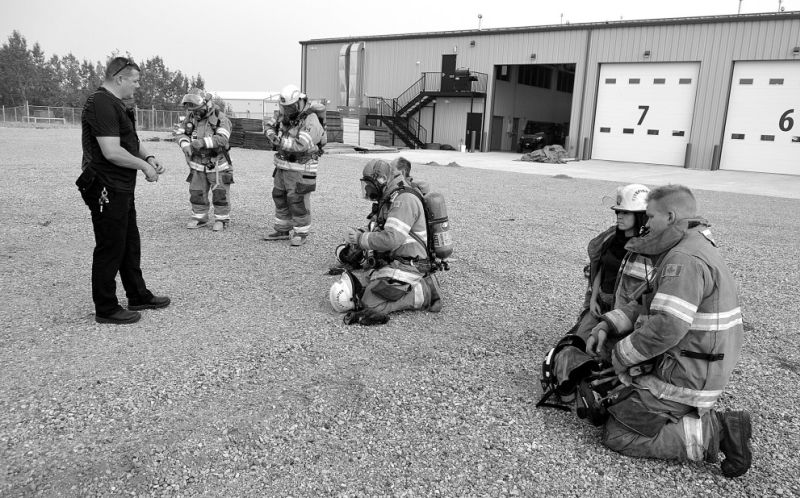 When entering a burning building, firefighters must always prepare for the possibility of getting out at a moment’s notice, if the situation turns extremely dangerous.

To that end, during the evening of Aug. 22 at the fire hall in Falher, members of Smoky River Emergency Services put on their full bunker gear and trained in a newly constructed building at the back of the property, for several bailout scenarios.

In the first scenario, firefighters pulled themselves through a window, banged on the building to alert other personnel for assistance, and then dropped to the ground.

In the second, one firefighter pulled another along the floor to the front door and then out. In the final scenario, One firefighter lifted another firefighter through the window, and another waiting outside helped pull them out.

In all scenarios, smoke was used, created from a generator.

Fire Chief Marcel Maure emphasized that a backup team would come to their aid if such scenarios were to occur. This training is something he hopes they never have to use. But he wants to ensure they have the training for that possibility. 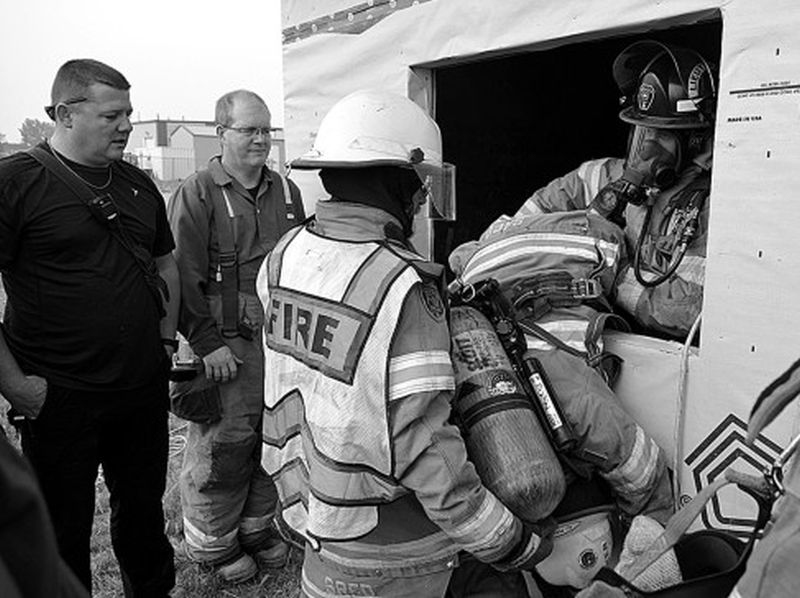