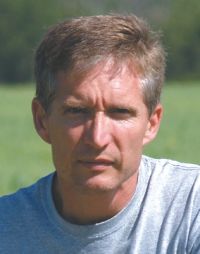 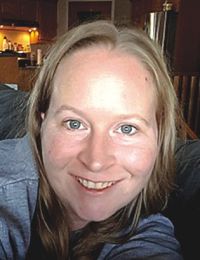 In the world of Agricultural Fieldman, there are newbies like myself, seasoned individuals who know their way around, and veterans like my colleague, Norm Boulet.

When he first approached me about contributing to “The Fieldman Files”, my first thought was “I’m too new…” Never being one to just stick a toe into the pool, I decided to cannonball into the deep end and with Norms’ assistance, put on a dusty writer’s hat. Reading public, be gentle.

I started as the new Agricultural Fieldman for Big Lakes County on April 3rd and life has been a whirlwind since. I have spent that time getting to know my co-workers, preparing for the coming vegetation control season, hiring and training seasonal staff and getting to know this new piece of the world. I hope to see some of you out and about. If you see me, come introduce yourself and we can have a chat!

Norm has helped me become comfortable in this new position and I appreciate his and the other Fieldmen of the Peace Region’s support as I take on this new and exciting role. I want to take this opportunity to thank Big Lakes County staff and ratepayers as well as Norm and the other PR Fieldmen, for the overwhelmingly warm welcome I have received. You all know how to make a country girl blush!

While I hail from further south and am still learning regional quirks, weed control is a constant in any farm field we look at.

The previous season’s impacts on this seasons weed control would be easy to overlook. Many fields have areas that are just too wet to access; unless the producer wants to sing along with Corb Lund (I am sure many producers were humming that tune this spring!).

Every year of farming brings its own issues and challenges, but as it stands the spring of 2017 will be one many Peace Region producers would like to forget. Dealing with the wet spring while trying to (pick one or more); harvest, deal with 2016 ruts, seed, cultivate, spray… it’s been a stressful spring. Areas that farmers had cultivated and seeded in dry years, thinking the pothole was finally gone, have been reclaimed by water.

While I’m sure no farmer is pleased about the lost acreage, what about the seed bed? Production on those areas was possible in the last few years and control went with the field. Now that those areas cannot be seeded, should they just be left? It’s tempting to save on the inputs but producers could end up rueing the decision to save a few bucks. Due to the disturbance of the soil when cultivated, these sites will be of special concern. Many different and undesirable species that can subsequently infect fields with both pests (insect and disease) and weed infestations could pay a visit to a field that the producer thought was controlled.

It may take some extra time spraying, picking, mowing, or tilling these areas but they shouldn’t be abandoned.

In the long run, effective and timely management of these areas will pad the bottom line by reducing issues in subsequent seasons.

I really hate to be the bearer of bad news, but I wanted to mention the issues this spring gave us will continue to “pay” dividends throughout the growing season. This will not be a summer where you can go out, do your in-crop herbicide application and not look at your crop again until harvest. Most producers while seeding this spring had to go around low areas, and even in areas they were able to seed, the crop did not emerge.
Those areas without crop competition will need extra attention. In-crop herbicides only do so much without the competition of the crop, weeds may only be suppressed, and new weeds will germinate throughout the growing season so some spot treatment (picking, mowing, spraying, tillage) will be needed to ensure those weeds don’t go to seed and re-infest your land for years to come.

In the photo below you see a strip of Canada thistle in with the new wheat crop. Many people would assume that’s a sprayer miss. In actuality the weeds are more prevalent there because it was a seeding miss the year previous. In the preceding crop of Roundup Ready canola one ½ litre equivalent application of glyphosate was done. The cleaner areas of the field show that for the most part the Canada thistle was controlled. The strip where no crop competition was present to help suppress the thistles show how much that in-crop herbicide relies on crop competition to assist it.

Should you have any questions about anything agricultural in Big Lakes County, feel free to contact me at the information below: