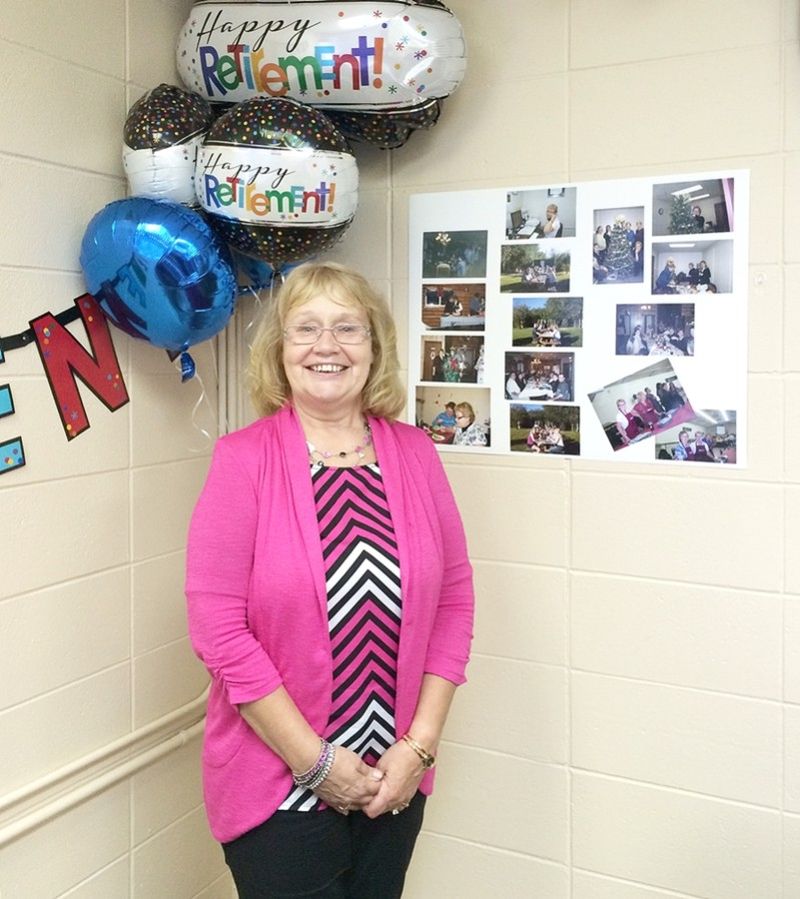 After 25 years in the insurance industry and twenty-two of those with Nicolet Insurance in Falher, Edna Boisvert announced her retirement.

On January 18, from 1pm to 3pm a reception to mark the occasion was held at the Nicolet office on Main Street.

Boisvert says she had the opportunity to retire many years ago but she felt she would miss working in the insurance business as she has always enjoyed the challenges it presented.

“Well, I always found insurance a big challenge because it was always a changing world and I am definitely going to miss that,” she says. “I will also miss helping people out in situations when they really need a friend, when something happens and they need someone to help them through.”

Before working with Nicolet Insurance she spent two years working with work for Pitre Insurance in Girouxville and received her broker’s license in July 28, 1992.

“It was 25 years last July that I received my broker’s license so basically the reason I chose to retire was because I reached twenty-five years,” she says.

About ten years ago, Boisvert further advanced her insurance broker credentials, taking a number of challenging exams with the Insurance Brokers Association of Canada to become a Canadian Accredited Insurance Broker (CAIB.)

“There were four different exams I had to write to get that CAIB designation in July 2007. I am the only one in the Falher office who has that accreditation and I was very proud of that achievement.”

While Boisvert is retiring she is certainly not be without anything to do as she and her husband still farm.

“We went to Europe in 2000 and we were supposed to go back but it is always the same story because of the farming it is hard to go because the timing is not ideal.”

She says that once they retire from farming they will travel more extensively and make another trip to Europe.

“I mean, I will travel soon. We are planning a trip to New Zealand at the beginning of March and we’ll spend more time at the lake as we have a lot at Shaw’s Point.”

A large retirement cake was prepared for the occasion on January 18, and numerous people joined Edna Boisvert at the Nicolet office to wish her well in the future.

Nicolet Insurance manager, Gisele Soucy says that in the twenty-two years Boisvert has worked at Nicolet, she has seen a great many changes in the insurance industry.

“She has been a definite asset to the company, seeing it grow from a few employees to what it is today,” says Soucy. “We wish her the best in her retirement and she will certainly be missed here in the office.”