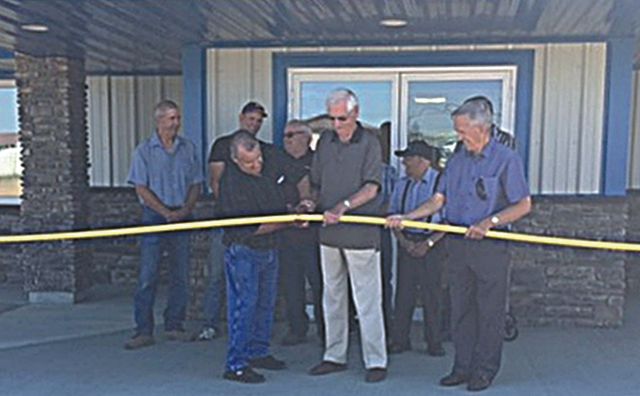 East Peace Gas Co-op, in business since 1979, held the grand opening of its new building on Main Street Falher, August 10.

Approximately 200 Co-op members and members of the community attended the event, welcomed as they arrived by Co-op manager Dale Dupuis.

East Peace Chairman, Gerard Noel officiated over the ribbon cutting ceremony and spoke about how the new complex, which cost approximately 1.6 million and is completely paid for, was a plan that existed since shortly after the establishment of the original Co-op 38 years ago.

Noel acknowledged that while the previous location served the members well for 38 years, there was always the realization that to continue to cater to the needs of the communities within the franchise, the Co-op would eventually need to expand its facilities.

“Not only will we be able to spread our services out to non-members we will be able to do the majority of our maintenance and training in house allowing us to be able to control those cost to a much higher degree,” says Noel at the grand opening. “The facility is also a very comfortable place in which to work and will serve to help us recruit and retain staff.”

In the spirit of financial prudence it was decided then that project to expand and enhanced the facilities would be undertaken when the Co-op was in a position to do so without compromising its own viability.

“Slowly we built up funds through the good years and with profits realized from opportunities provided from the commercial sector. Reviewing our stand during the latest ongoing recession it was decided that now was the right time to proceed.
“We had saved during the good times and it was time to give back during these trying times. We would make this a win-win project.”

Noel pointed out that the strategy they used provided the members with a new facility and in the process East Peace Gas Co-op created an opportunity to give back to the communities in its franchise by hiring local businesses that employed local labour ensuring that the money spent on the buildign stayed in the communities.

“The result is what you now see before you,” said Noel.

On behalf of the Town of Falher and Council, Mayor Donna Buchinski extended her congratulations on the wonderful building.

Following the ribbon cutting those in attendance toured the new complex and enjoyed a hamburger and smoky barbeque.

To mark the occasion East Peace Gas Co-op held a grand draw that Mrs. Claire Anctil of Griouxville won, receiving a $500 voucher towards her gas bill. 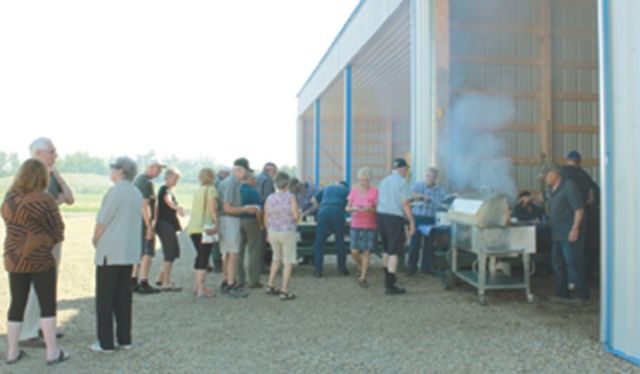