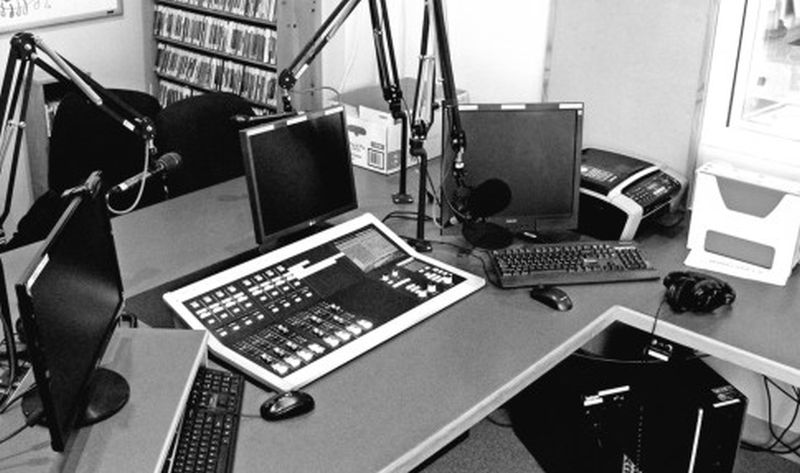 The original radio station, which was established in 1990s, was owned by Smoky River Region ACFA. The station closed in November 2017.

“CRTC approved our temporary license until March 2019 and we have also been approved with “Young Canada Works,” to hire a student. We must put in our final application but basically we have been approved,” says CKRP Society president Carmen Ewing.

The new society is essentially going to take up where the previous association left off by providing a community presence through CKRP Radio.

“We haven’t got a full plan yet but some of the discussions we have had are to have remote programming, so if there is a function in the community we could go live,” says Ewing.

Société CKRP Radio Rivière-la-Paix also wants to involve community groups who could do short sessions on-air outlining the work they do or the community function their organization provides. The society also hopes to involve the aboriginal community in its programming.

CKRP’s license allows for 34 percent of programming in a language other than French so the society would like to format programs with a French introduction, have the body of the broadcast in English and close out with a French language précis, outling what the show entailed.

Students and young people are also encouraged to get involved, possibly by having a program catering to their demographic, maybe with contemporary music.

“Even some of the schools over the lunch hour could have a broadcast,” says society member Lucille Bussiere. “They could pre-register and come into the studio and have their own topics that they want to bring up and talk about. This could also give students experience and open the door to a career.”

Société CKRP Radio Rivière-la-Paix has a fully functional studio at the Knights of Columbus Hall in the Centre Chevaliers, with a few small technical issues to be resolved to get it back up and running.

In that regard, if someone in the community has the right technical expertise and wants to contribute, the radio society would greatly appreciate it.

The society has not yet decided how many hours of programming it will provide as its main object for now is to get CKRP back on-air.

“We have already put in an incredible amount of work into this,” says Carmen Ewing and Lucille Bussiere “And if it wasn’t for Esther Picard… it’s just amazing the amount of hours she has put in filling out forms and apply for things.”

However, so much is still in the development stage and the Société CKRP would welcome people to come forward with ideas.

The society would also welcome people who want to volunteer in any capacity that will help in getting CKRP 95.7FM back on the air and value the communities continuing support to make the radio station a success.