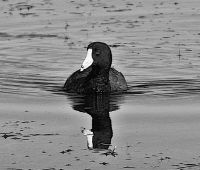 Now that it’s coming time for the birds to fly south again, the McLennan Birdwalk and interpretive Centre will be celebrating its annual End of Season BBQ on Thursday August 24.

Well over a thousand people have visited the Birdwalk so far this summer with 769 coming through in July and by August 15 another 350 people had dropped in at the interpretive centre and visited the birdwalk in hope of spotting some of the many species that stop their or make their habitat in the area.

The Birdwalk annual end of season BBQ will take place on Thursday August 24 at 5pm and will include the McLennan Tidy Towns best Garden Awards and activities for kids, possibly a scavenger hunt.

If anyone wants to contribute to the BBQ by bringing salad they should contact the Birdwalk.

The Birdwalk Interpretive Centre and the adjoining McLennan Railway Museum close for the season on Saturday August 26.