Having waited for 3 years for a new priest, the Anglican parish of High Prairie and McLennan had their prayers answered with the arrival from the Philippines of Fr. Leon Cadsap.
Fr. Leon Cadsap, his wife Glory and their young daughter Hadassah arrived in the region on January 13. In contrast to the tropical climate they are accustomed to, they found the weather extremely cold but also enjoyed their first experience of snow.
There are approximately 30 members of the Anglican Church living in McLennan but at a Mass celebrated by Fr. Leon at Paul’s Church on January 31 many members from the community at large attended the service to celebrate the arrival of the priest.
Peter Clarke, the bishop’s warden to High Prairie assisted at the St. Paul’s mass and afterwards Clarke and his wife Jeannette attended a reception at the Legion Hall in McLennan to welcome Fr. Leon and his family to McLennan.
In a fortunate coincidence, Peter Clarke and his wife Jeannette celebrated their 35th wedding anniversary and those who organized the reception for Fr. Leon and his family presented the Clarke’s with an anniversary cake to mark the occasion.
Now that the Anglican parish has a new priest, Mass is to be held at St. Paul’s Church in McLennan every 3rd Sunday of the month beginning in March. At the upcoming March service, Fr. Leon it is also tentatively scheduled to perform Baptism.
St. Paul’s Church played an important role in the development of McLennan, particularly during the growth of the town following the Second World War. Built in 1931, the church was moved in 1949, to its present location at the corner of 1st Street East and 2nd Avenue. 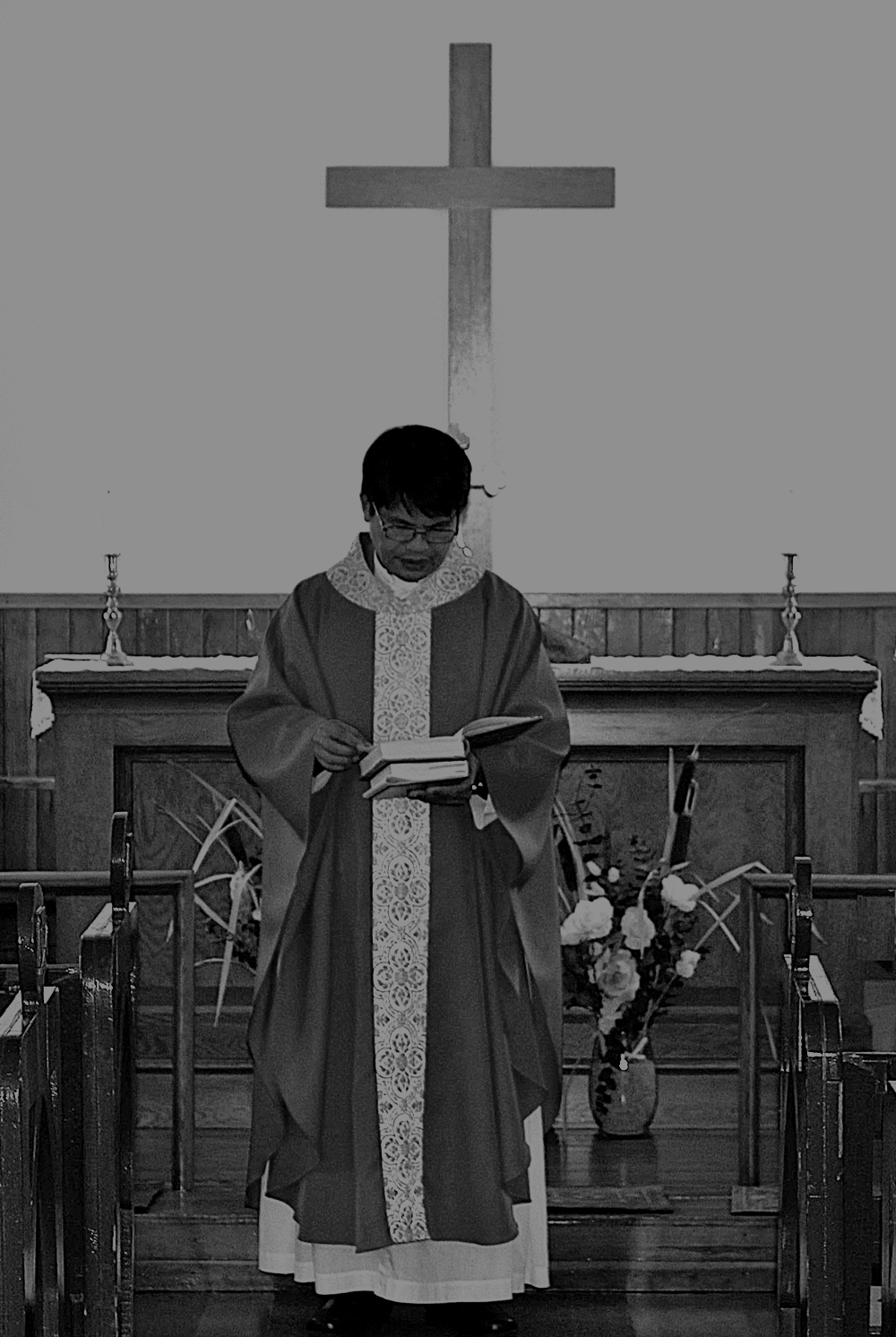 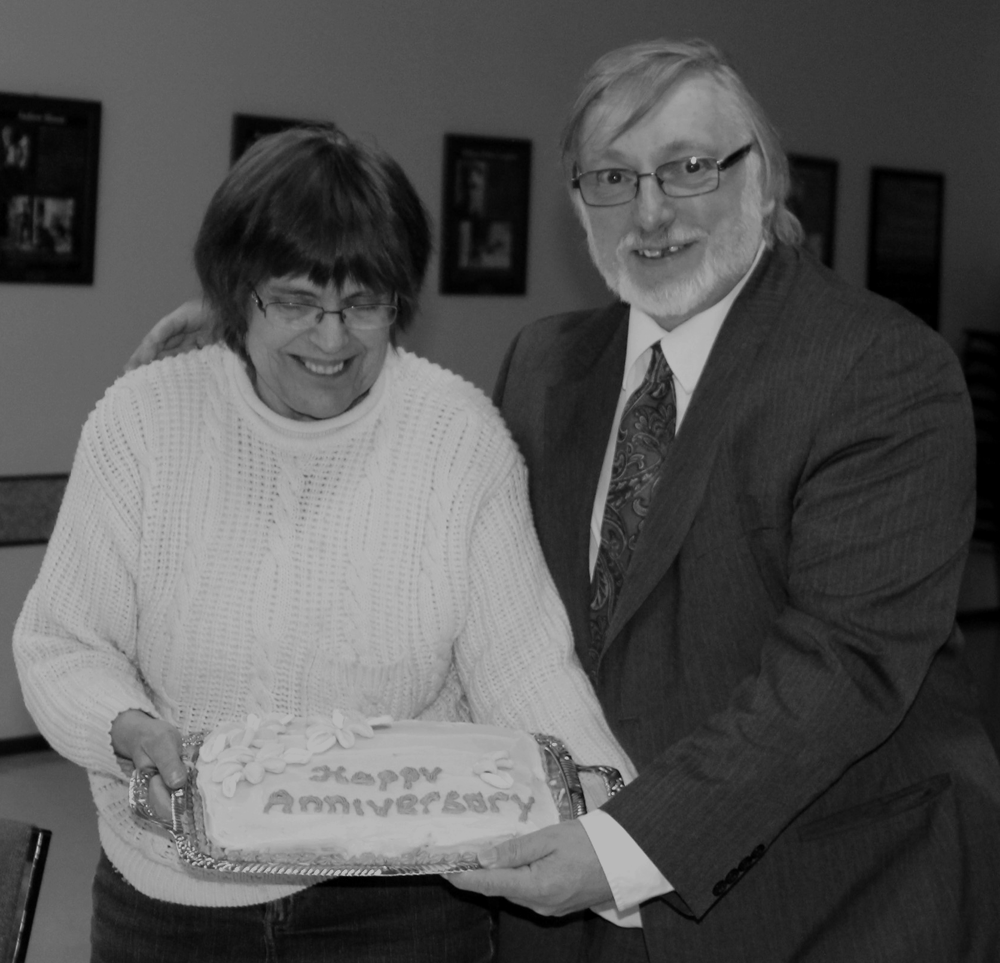 At a reception in the McLennan Legion Hall, to welcome Fr. Leon to the community, the bishop’s warden to High Prairie Peter Clarke and his wife Jeannette were presented with a cake to celebrate their 35th wedding anniversary on January 31.