Home News A spoon collection from around the world 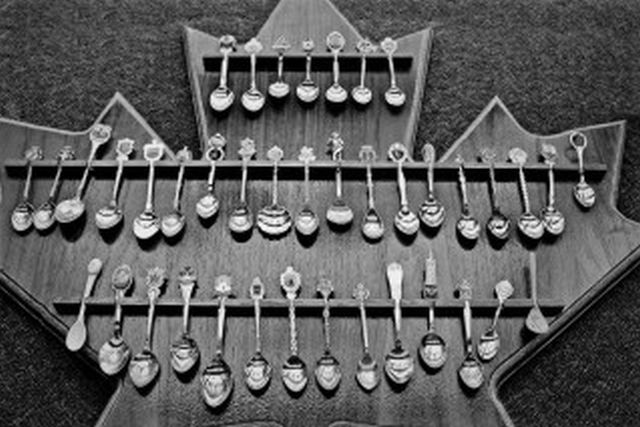 An exhibit of spoons collected over the past sixty years from places around the world is currently on display at McLennan Municipal Library.

The spoons belonged to McLennan resident Lilian Beland who now resides in Edmonton.

Considering that the exhibit is extensive in terms of places visited it is even more remarkable that the items on exhibit at the Library are only a small portion of Beland’s entire collection.

When looking through the countries, territories and cities where the commemorative spoons were acquired, one might think some of the spoons were surely received as gifts. However, Lillian Beland and her husband traveled extensively and she visited every country represented in the collection.

When asked why she split up the collection, Beland said, “When you retire and move into a senior’s residence, you can’t take everything. I just ran out of room.”

On the question of the stories behind some of the spoons Beland mentions one in particular she got in 1958.

“There is a spoon with the photo of the Atomium or Brussels on it,” she says. “During my 4th year of university, myself and three other students were chosen to be fair hostesses for the Canadian Pavilion at the 1958 World’s Fair in Brussels. Belgium.”

At that time, Beland also hitchhiked to various European countries.

The attractive polished, wooden racks on which the spoons are displayed, one in the shape of a maple leaf, were handmade by David Sobolewski and donated to McLennan Library by Norma Sobolewski. 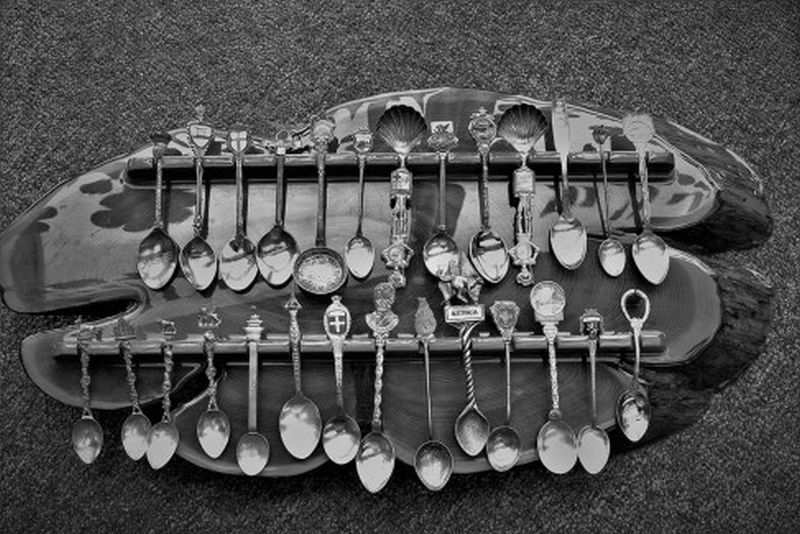