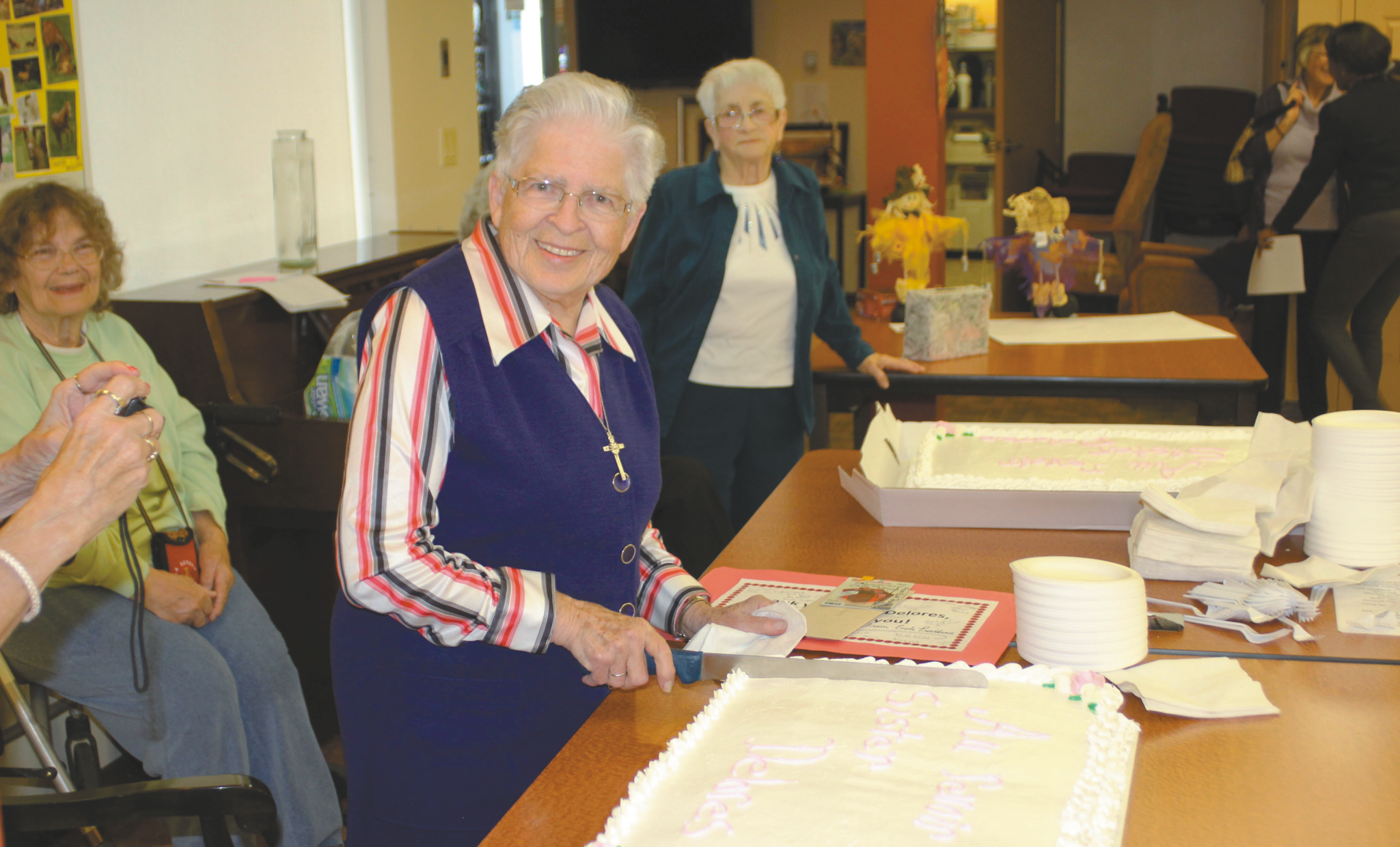 Sister Dolores cutting the cake at the farewell tea organized in her honour at Manoir du Lac on October 13, prior to her leaving McLennan to move to Calgary.

The parting of Sister Dolores Blanchette from McLennan marks the end of an era, a long and productive era that began with the arrival of the Sisters of Providence to establish the Sacred Heart Hospital in 1929.
With the departure of Sister Rita Schiller in September, Sister Dolores was the last remaining Providence Sister in the region and with her departure on Saturday October 15 a long period of service and a vital part of establishing the community has come to a close.
Manoir du Lac hosted a farewell tea for Sister Dolores, organized by the Manoir’s Ladies Auxiliary, on Thursday October 13. Students and teachers from Ecole Providence were also present with the students singing a short song in the Sister’s honour.
Family members of Sister Dolores were also present for the occasion.
Sister Dolores came to McLennan in 1992 and is now moving to Calgary to work at a much larger nursing home with over 300 residents
“I’ve been here since 1992, that’s a long time, but not long enough,” she said during a brief speech.
Two large cakes were delivered for the occasion that expressed appreciation for all Sister Dolores contributed to the community and especially to the residents at Manoir du Lac. It was of course a poignant occasion having to say goodbye to someone who was so dedicated to her work in the region and a good friend to most of those in attendance. 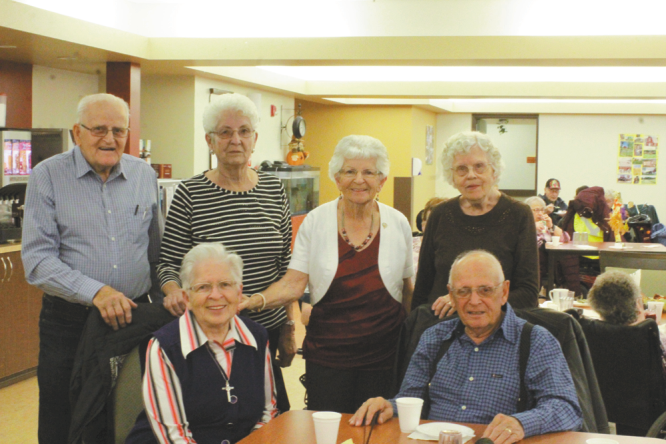 Sister Dolores Blanchette with members of her family at her farewell gathering organized by the Manoir du Lac Ladies Auxiliary. Sister Dolores has worked in McLennan since 1992.