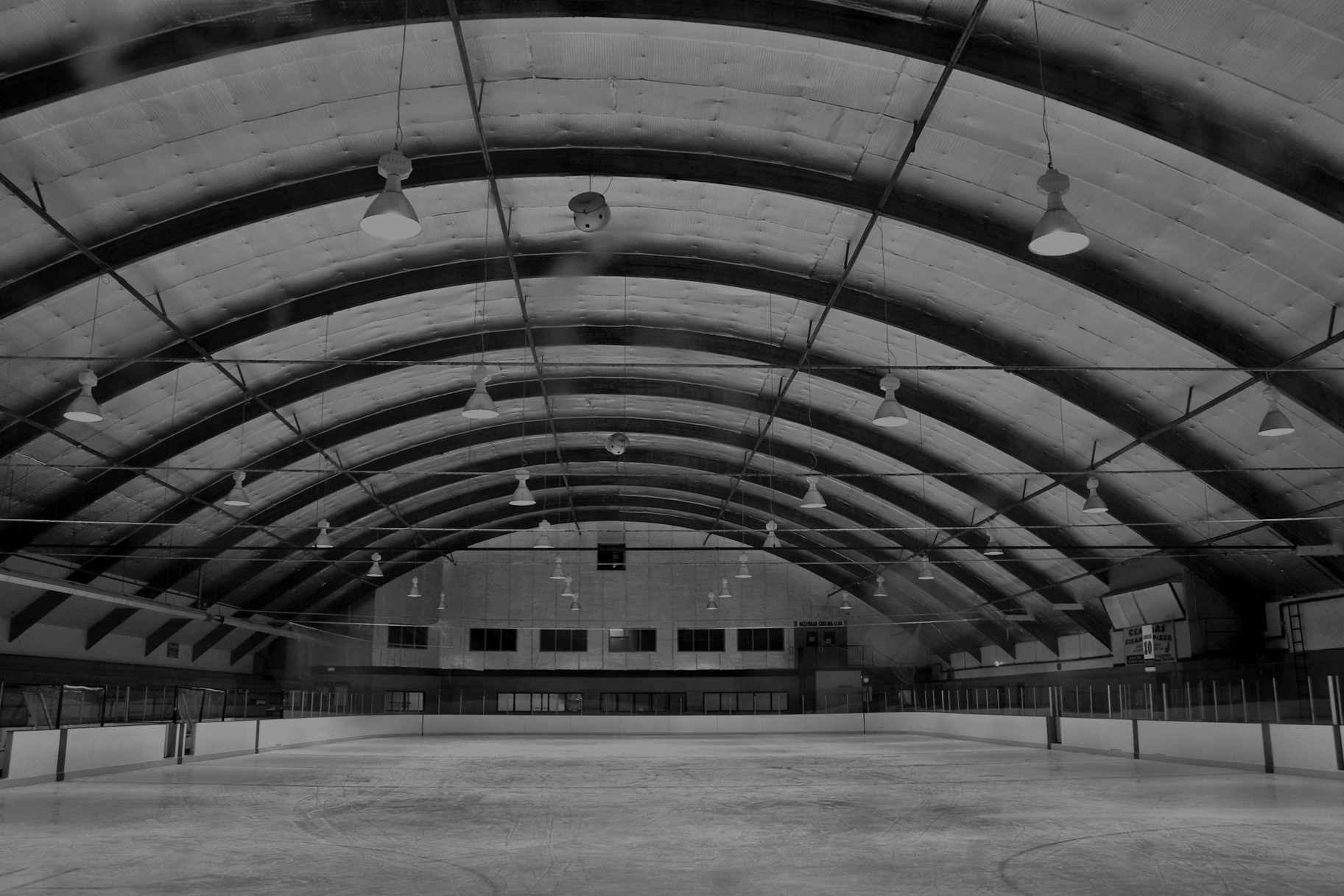 H.W. Fish rink with shadowy patches on the ice under the existing mercury vapour lights, which creates poor visibility for both players and spectators. This problem can be solved with the installation of the proposed higher quality, energy efficient T-5 LED lights. 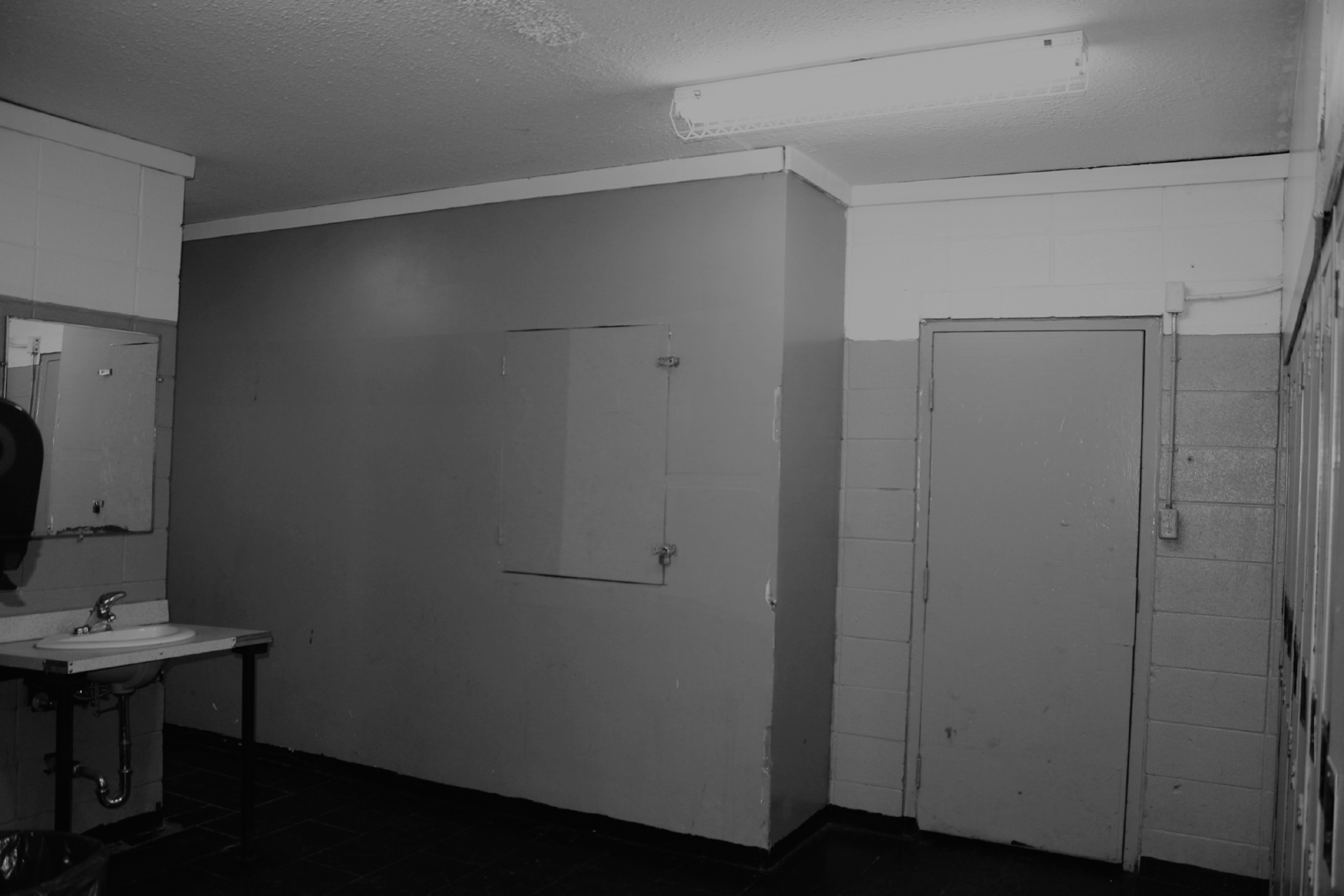 With the proposed H.W. Fish renovations, new T-bar ceilings with recessed lightening will be installed in all six dressing rooms with new sinks, shower stall panels and flooring in all 3 showers.

An initiative is underway for renovations to the H.W. Fish Arena in McLennan.
On behalf of the McLennan Local Recreation Board (MLRB), an ad hoc committee including Don Regier, (Special advisor to the MLRB) Rene Maure, (Project Manager) and McLennan CAO, Loraine Willier has drafted a detailed outline of the project in the process of submitting a Community Facility Enhancement Program (CFEP) matching grant application to complete the work.
The project has two phases: replacing the old, uneven arena lighting that creates shadowy areas and poor visibility for both spectators and players and secondly, upgrading the present condition of the dressing rooms and showers.
The first phase will focus primarily on the installation of a new lighting to replace the existing mercury vapour lights with higher quality T-5 LED lights, which provide greater luminosity, greater energy efficiency and last longer. Also for energy efficiency and safety, the lighting in the lobby and the exit lights are to be replaced.
The second phase involves installing new T-bar ceilings and painting all six dressing rooms, installing sinks and flooring in all 3 showers which are located between the six dressing rooms.
Following the destruction by fire of the original McLennan arena, the community recognized the vital need for a new recreational facility that would serve the entire community, especially its youth who wished to pursue winter sports and enjoy an active lifestyle.
Many community members volunteered time, donated money and contributed labour to make the building of the arena a reality. Construction of the H.W. Fish Arena was completed in 1971.
Over the years, the facility has seen a number of upgrades including renovation to the lobby and work on the arches in the 1980’s, the installation of plexiglass as a safety measure in 1995 and major upgrades in 2004-2005 that included a new roof, insulated ceiling, new boards and safety netting.
The arena had a new ice plant installed in 2008. To complete these upgrades, many dedicated individuals volunteered their assistance and local groups offered their support.
Once again, the community has mobilized to support the proposed renovations with volunteers providing unskilled labour for removal of lights, painting and demolition work, to an estimated value of $1,950.
The donation of equipment including lift and truck is valued at $9,600.
Cash donations from various local organizations are; McLennan Local Recreation Board $5,800, Minor Hockey (held in trust) $9,200 and the Town of McLennan $9,275.
The total amount of volunteer labour, donated equipment and cash donations totals $36,275, fifty percent of the estimated $72,550 cost of the renovations project.
The McLennan Community is an active partner in the Smoky River Minor Hockey Program with the H.W. Fish Arena, being one of the shared facilities.
Six levels of Minor Hockey use the arena for both scheduled games and practices, including Squirts, Novices, Atoms, Pee Wees, Bantams, and Midgets, with 10 to 15 youth registered at each level.
Recreational hockey team The McLennan Red Wings use the Arena for their regularly scheduled home games and recognizing the need for improvements to the lighting system and the dressing rooms are willing to volunteer their time to support this project.
Pond Hockey provides the opportunity to play hockey in a less structured environment, while shinny hockey, having no fees, provides an opportunity for all youth to participate regardless of their economic circumstances.
Public skating is also free as it is the intention of the Town of McLennan to be inclusive and to ensure its facilities are accessible and affordable to all members of the community.
Ecole Providence, a partner in a “Joint Use Agreement” with the Town of McLennan that offers the Arena as a shared facility is also utilizing the Arena as part of the school’s Physical Education Program.
Depending on the success of the CFEP grant the project could be completed Sept 1, 2016.