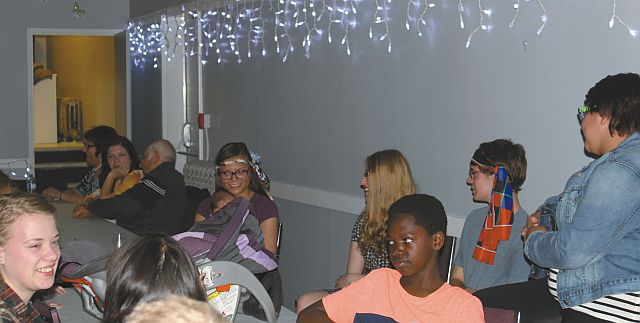 The end of season Ol’ Tyme Family Nite was held on Friday 27, with the theme of the night being the sixties.

While many of those who attended could not lay their hand on a tie-dyed tee-shirt or a pair of bellbottoms, or at the very least a pair that still fit, there were enough people dressed in period costume that the theme of the evening was evident at a glance.

People should not confuse Ol’ Tyme Family Nite as just a gathering of people who are older as the age demographic at every Friday night covers the spectrum as it did on sixties night, with an infant in arms, to pre-teen on up to those with considerably more experience of the world.

As the event takes its regular break for the summer months, there was no lack of enthusiasm as people enjoyed food and refreshments, danced and socialized.

Next season will be an important milestone for the Ol’ Thyme Family Nite and its resident Ol’ Tyme Family Nite Band as they mark the event’s tenth anniversary and celebrate its enduring success over the past decade.

The Ol’ Tyme Family Nite Band, comprised of Marie and Gerry Dubois and Dwain Isert have been there from the beginning and along with organizer Jean Moore-Lemoine are an integral part of why the event has thrived over the past ten years.